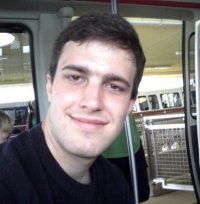 Today, we mourn the loss of our fellow cast member. Our hearts go out to his family and to those who have lost a friend and co-worker. The safety of our guests and cast members is always our top priority. The monorail is out of service and we will continue to work closely with law enforcement to determine what happened and the approximate next steps.

This is the first fatality in the nearly 38-year history of the Walt Disney World Monorail System.

It is reported that Wuennenberg had to be cut out of the cabin. A photo posted on The Monorail Society's Web site supports that report.

The accident occurred on the Epcot monorail beam, which transports guests between the transportation hub and the Epcot theme park. The monorails run for about an hour and a half after the last park closing to allow guests to return to their cars at the other theme park in case they had transferred from one park to the other during the day. As Epcot had closed at 10 p.m. and the Magic Kingdom park had closed at 1:00 a.m., it was likely one of the last runs of the day.

If the pilot of Monorail Pink was backing up, thinking that the monorail was heading for an empty Magic Kingdom Express station, but the switch had not moved to transfer it, Monorail Pink would have backed up back into the Epcot station that was already occupied by Monorail Purple. Since the collision system is reportedly disabled during track switching, there would have been no automated warnings. If this scenario is indeed what happened, why Monorail Pink backed up before the switch moved to the Magic Kingdom Express loop is unknown.

[NOTE: Earlier versions of this story indicated that Pink rear-ended Purple, and that Wuennenberg was driving Pink. Further review of the photos and video footage indicate that Pink was in front, but it was also confirmed elsewhere that Purple was stationary before the crash, with Wuennenberg in the cockpit. This indicates that Pink was backing into the station, which was already occupied by Purple.]

ClickOrlando has video footage shot by a guest immediately after the crash. WARNING: This video may be disturbing to some.

It is likely that subjects of the investigation included whether -- due to the late hour of the crash -- fatigue played a role in what happened, and how the many safeguards in the monorail system to prevent just such a crash from occurring were overridden.

Our thoughts and prayers go out to Austin Wuennenberg and his family.