Welcome back to My Disney Top 5. I hope you’re all enjoying your summer. Please keep your comments coming.The plans are made. The airline tickets are booked. We have a list of Advanced Dining Reservations. There are 18 of us going on this next Walt Disney World trip. Many of those 18 are coming down to experience the magic for the first time. They’ve all looked to me for advice and rightly so. I’m the Disney-crazed one in the crowd and I’ve got plenty of tips and recommendations on what we should be doing while we’re there. But, one thing has struck me. Despite many trips, there are still some pretty major things I haven’t done and seen in the World. That, of course, is a testament to just how much there is to do down there. MousePlanet’s own Steve Russo recently wrote an article about why we go back (May 8, 2009.) There are many answers to that question. One of mine would have to be that I still have so much to see and do. Reading his article made me think about what I have left to see. With that in mind, I give you the Top 5 Things I Have Yet to Experience at Walt Disney World.

5 – The Hall of Presidents 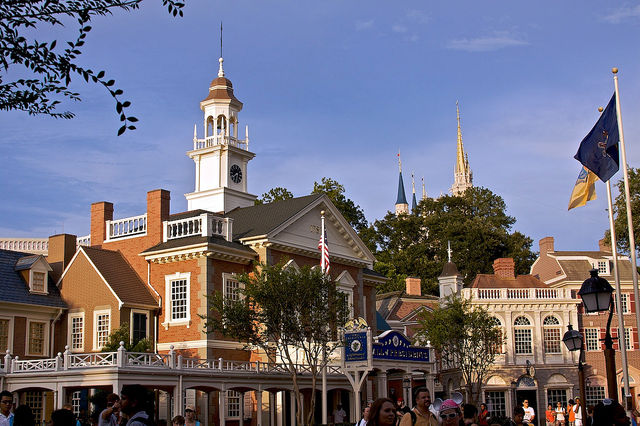 If you hang around the Enchanted Tiki Room until the very end, you can hear wisecracking Iago say, “Boy I’m tired! I think I’ll head over to the Hall of Presidents and take a nap.” It’s not fair for me to agree with that parrot, since I still haven’t made it into the Hall myself, but I do kind of side with him. This attraction has never attracted me. I adore the Magic Kingdom and I really enjoy wandering through Liberty Square. I know Walt conceived this show. I just can’t bring myself to walk in. Fear of two George Bush’s in the same room? Afraid of Nixon? Maybe, maybe not. Someday I’ll go in. Now that the kids are getting older and are beginning to learn about the presidents in school…maybe I’ll go in this time…maybe. 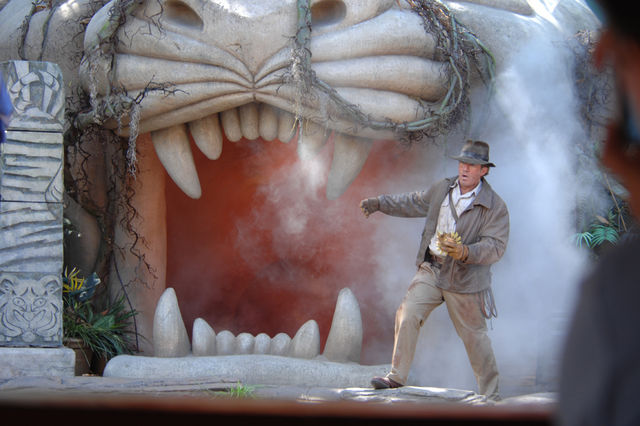 Indy is still escaping me. Photo By Frank Anzalone.

I should start off by saying that Hollywood Studios is my least favorite park. I’m pretty sure that it’s because it reminds me too much of work. After 20 years in the TV/Film Production business, it’s the last thing I want to be around on my vacation. Let’s say, for argument’s sake, you’re a dentist. Would you want to spend a day of your vacation at a theme park dedicated to dentistry? That said, I am a huge Indy fan and one would imagine I’d be right there with this show. It just hasn’t made it into my schedule yet. Sooner or later, now that the kids are a little older and can better deal with the explosions, I’ll venture into this corner of Hollywood Studios. Maybe by that time it’ll have morphed into The Indiana Jones Adventure ride from Disneyland!

I’ve been skiing for 36 years and I enjoy water parks, so I really have no excuse for this one. It seems like a natural fit for me. We’ve been to Typhoon Lagoon and had a great time, but only once. I guess we feel like we can get to a water park anywhere. I realize nothing can match Disney’s theming, but at their core, they’re still just water parks. We can’t experience places like The Magic Kingdom or Epcot anywhere else, so we spend most of our time in the four parks. I do want to go though—it looks like a fantastic place.

I know. I know what many of you are saying. How can I go to Disney over and over again and not make it to this classic? We’re actually not scheduled to go on this next trip either. I like corny. I like home-style cooking. I like Disney. It should be an instant booking, right? Maybe next time we’ll make the reservation. I don’t really have an answer for this one. I just haven’t made it there yet. 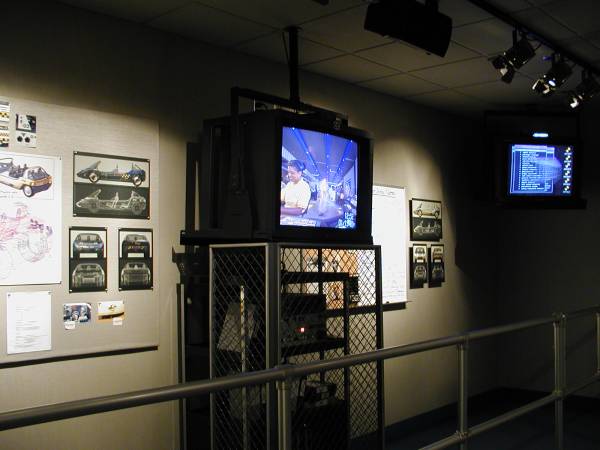 The Test Track pre-show. Someday I'll make it past this. Photo By Alex Stroup.

This one hurts. In the beginning, it was because my daughter didn’t want to go on anything fast. I told her we go that fast on the highway, but she wouldn’t hear it. That’s understandable. She was little. As the years went on I began to develop the worst, if you’ll pardon the pun, Test Track record. I have been on this line more times than I care to remember and had the ride shut down on me. One time, my dad and I were about to go through the last set of doors and board. (At least that’s what I think would have been behind those doors. I still haven’t ridden this thing, so I don’t really know what’s beyond that point.) If it doesn’t shut down on me while I’m on line, I get there and it’s shut down before I get on line. I’m not meant to ride this attraction and I really, really want to!

So there you have it. Some things I want to see and just can’t seem to and others maybe I’m subconsciously avoiding. I could also add to this list a ton of other things I have yet to experience, like watching the Electrical Water Pageant from one of the beaches, the flag lowering ceremony at the Magic Kingdom, dining at Boma, Le Cellier, and ’Ohana, chomping on a giant turkey leg, parasailing over the Contemporary, seeing every single exhibit at Innoventions East and West, that talking garbage can I never seem to run into, an animal check-up at Rafiki’s Planet Watch, dueling pianos at Jellyrolls, fishing on the Sassagoula, and many more.

I could fill pages with what I’ve done and seen at Walt Disney World and there’s still plenty left for me to do. I’d better get busy. I have several years of trips left to plan!