The 14th annual Epcot International Food & Wine Festival opened with a Mexico Tequila Tasting last Friday at the new Cava del Tequila at the Mexico pavilion. The 27 "International Marketplaces" around World Showcase Lagoon are now serving appetizer-sized portions of more than 76 kinds of international foods (priced at $2 to $7), with recommended wine pairings for each.

Big Bad Voodoo Daddy opened the Eat to the Beat concert series Friday night with three well-received sets at the America Gardens Theatre. Since we last reported the schedule, American Idol season 5 winner Taylor Hicks has replaced Night Ranger on the concert schedule for November 1-2, but the other 16 acts remain unchanged. The concert series concludes with Los Lobos November 6-8.

Once again, the former Wonders of Life pavilion in Future World is serving as the Festival Welcome Center, home of the Festival Marketplace and most of the seminars.

You can plan your visit to the Festival before you go by downloading the Festival Guide (link) and Festival Map (link). 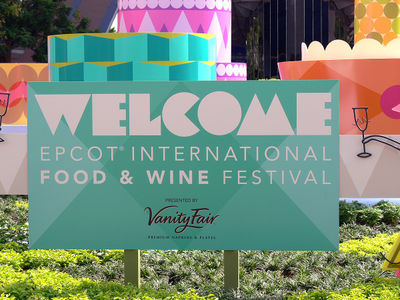 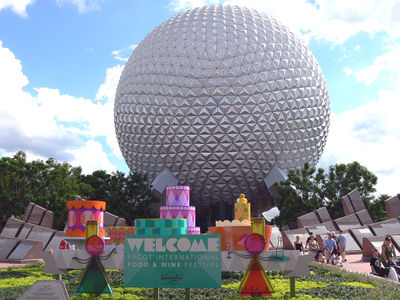 This year's entry display is somewhat lower-key than in past years. Photo by Stephen Kiskamp. 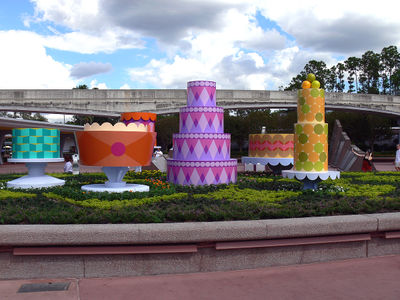 This series of fanciful "desserts" welcomes you to the Festival. Photo by Stephen Kiskamp. 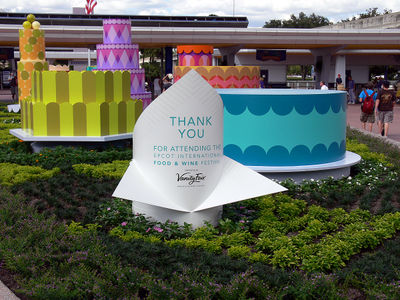 Of course, on your way out, you'll need a napkin to clean up and thank you for coming. Photo by Stephen Kiskamp. 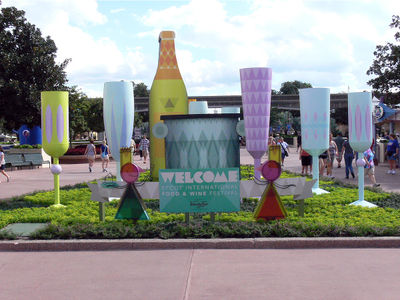 As you head from Future World to World Showcase, it's time to celebrate with champagne. Photo by Stephen Kiskamp.

Independent Orlando restaurant critic Scott Joseph (formerly of the Orlando Sentinel) has reported (link) that Walt Disney World has switched over from all-beef hot dogs to frankfurters made from a mixture of beef and chicken.

This change likely serves two purposes. First, obviously, is a cost-savings measure. Beef-and-chicken dogs are less expensive than all-beef dogs. The other is to support Disney's stated aim to servce more healthful fare. Dogs with the two-meat mixture will have less fat and carry fewer calories.

If you have a chance to try one of these new hot dogs, let us know what you think of them! 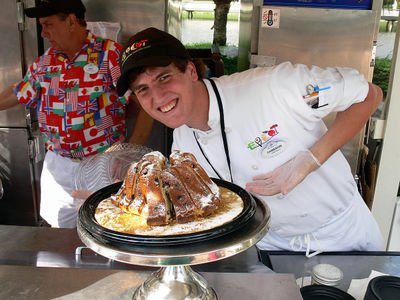 Cast member Cameron invites you to try one of the wonderful desserts available at the Festival. Photo by Stephen Kiskamp. 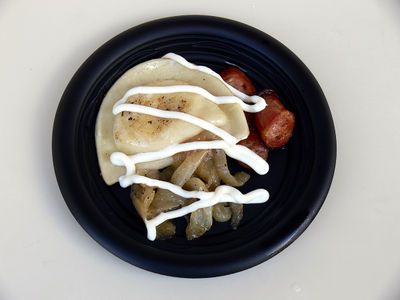 Kielbasa and Potato Pierogie with Caramelized Onions and Sour Cream at the Krakow, Poland marketplace. Photo by Stephen Kiskamp. 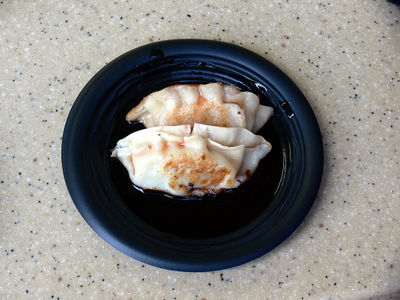 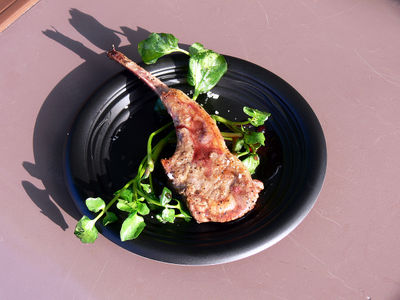 It appears that the mystery box that caused the shutdown of Walt Disney World's bus system on September 17 was a tire-pressure monitor that had been installed 11 years earlier. Disney spokeswoman Andrew Finger told the Orlando Sentinel (link) that the device was a prototype that had been installed on a single bus in 1998 to monitor tire pressure on the bus using wireless technology. A maintenance worker unfamiliar with the device discovered it and reported it. The Orange County Sheriff's Office was notified and the bomb squad was called.

It is unclear whether the device was still in use or if it was inactive. After 11 years, it would be expected that either the device would be deemed worthwhile and rolled out to all buses or determined to be unproductive and removed from the one installation. The fact that it was unique among the 300 buses in the system was what caused its unexpected discovery to trigger the precautionary measures. 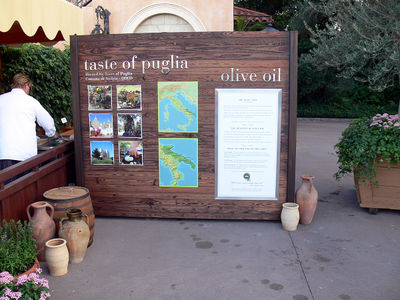 The Taste of Puglia exhibit invites you to learn about olive oil. Photo by Stephen Kiskamp. 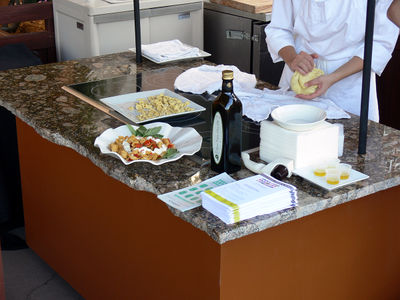 Cooking demonstrations using olive oil are given six times a day at the Puglia, Italy exhibit. Photo by Stephen Kiskamp. 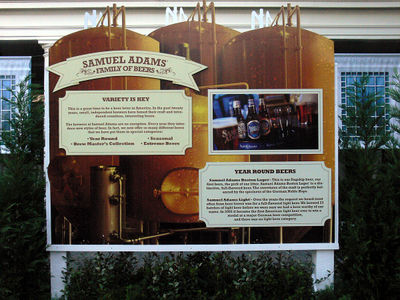 The Boston Beer Company, maker of Samuel Adams beer, invites you to learn about the history and science of beer-making. Photo by Stephen Kiskamp. 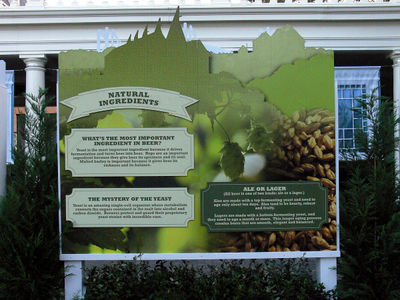 There are beer seminars six times a day at the History of Beer in America exhibit. Photo by Stephen Kiskamp.

After a rough summer for Walt Disney World's transportation department, the resort has changed the department's leadership, removing Kevin Lansberry from the top spot. Lansberry had previously kept the transportation responsibilities when he traded his responsibilities as Vice President for Downtown Disney for the same job at Disney's Animal Kingdom.

The summer has highlighted some problems with Disney's transportation policies and procedures. On July 5, a monorail crash killed 21-year-old driver Austin Wuennenberg when a monorail track change went horribly wrong. While the National Transportation and Safety Board (NTSB) and U.S. Occupational Safety and Health Administration (OSHA) have been investigating the causes of the crash, Disney has already voluntarily made a number of changes to the way that the monorail is operated, undoing some operational modifications made in recent years.

A week and a half ago, when a maintenance cast member discovered a unique device installed on one bus 11 years ago, it triggered a hasty shutdown of the entire bus system so that all 300 buses could be inspected. It was only a few days later that the device was identified. 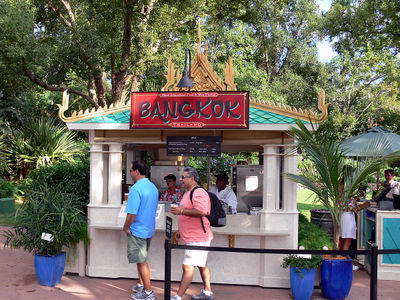 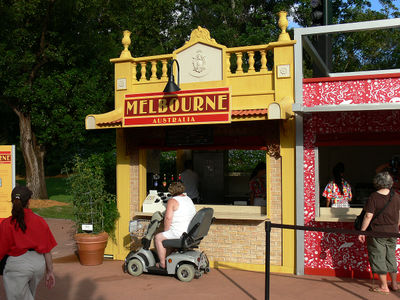 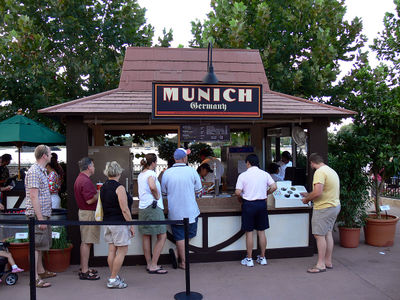 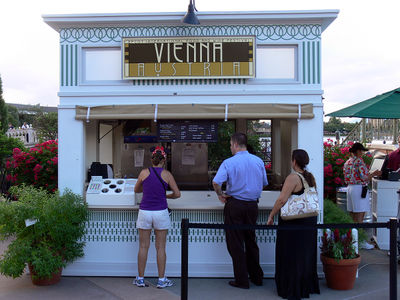 While the booking window for the extended free dining promotion ended Saturday, we're hearing some rumors of a new booking promotion that may be announced as early as today. In the new promotion, those booking in moderate resorts and above will be able to get three nights' free lodging when they buy four nights, while those in value resorts would get two nights when they buy five. A twist on this deal is that the "free" does not include packages, so the free extra days will not include dining or park passes. In fact, you'd be required to buy the additional days on park passes and dining for the rest of your stay.

If this deal does in fact take place, it would basically result in a nearly 43 percent reduction in hotel costs only for those in moderates and up, over 28 percent off of hotel costs for values. However, since your park passes and dining will have to be for the length of your stay, Disney has eliminated the "buy a one-day ticket and reap the benefits" access that many (including Annual Passholders) have done to gain eligibility for the free packages without having to duplicate admission that they already held.

Since today is the Jewish holy day of Yom Kippur, it is quite possible that the discount will not be launched until at least tomorrow to allow equal access once the deal is available.

We'll have to wait until the promotion is actually announced before we can analyze it. 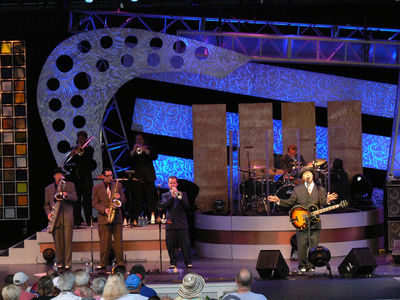 …Adventures by Disney has cut back their schedule by nearly 40 percent compared to last year. Disney claims that they retain flexibility to add more dates should there prove to be sufficient demand.

…The 2010 Walt Disney World Marathon is now at 81 percent of capacity, the and Mickey's Marathon Kids' Fest is at 70 percent. The Half Marathon, Goofy's Race and a Half Challenge and Family Fun Run 5K are already sold out. Your only shot at getting into the Half Marathon or Goofy's Race and a Half Challenge would be to contact one of Disney's group or charity registration aggregators (link). Time is running out! Register now (link)!

MousePlanet sponsor Gaylord Palms Resort has announced a new set of nights for a special promotional rate of $119 per night (Reserve now!). Why stay off property? Because you can get luxury accommodations for the price of a Disney moderate, just a mile from Disney property. Many other nights are available for $129 per night (see below). The following dates are now available at $119 per night:

There are 32 more nights that you can stay at the Gaylord Palms Resort for just $129 pr night! Combined, these rates are available for approximately 2 nights out of every 3 for the rest of the year! Check out the special MousePlanet reader discount rate (Reserve now!) today! The special $129 per night rates are available on the following nights:

Passholder discounts through end of 2009

Passholder rates through December 24, 2009 have been released. Rates are available for all dates except for November 25– 28, the Tuesday through Saturday of Thanksgiving week. Under this promotion, the starting rates at these resorts are:

The Disney Dining Plan may also be added to these discounted reservations. The number of rooms available is limited and minimum length of stay requirements may apply for Friday and Saturday arrivals. These rates may be available through your date of arrival. Reservations may be booked through the Passholder web site or by using codes EQA (8/9-10/3) or NBM (10/4-12/24) if booking via the Passholder phone line (407-939-7722) or through a travel agent. MousePlanet's preferred Disney travel providers are MouseEarVacations.com (link) and Small World Vacations (link).

Room-only discounts for the general public through end of 2009

Discount room-only rates are now available to the general public for dates from October 4 – December 24. These rates are blocked out from November 25– 28, the Tuesday through Saturday of Thankgiving week. Under this promotion, the starting rates are:

These rates must be booked by October 31. The number of rooms available is limited and minimum length of stay requirements may apply for Friday and Saturday arrivals. Reservations may be booked through the Walt Disney World web site or by using code FSC if booking via the Walt Disney World Reservations phone line (407-939-6244) or through a travel agent. MousePlanet's preferred Disney travel providers are MouseEarVacations.com (link) and Small World Vacations (link).

The Disney Cruise Line has announced a special deal where any bookings through the Disney Cruise web site (link) will only require payment of half of the usual deposit, with the other half due with the rest of the final payment. The offer is only good on new bookings, and for category 4-12 cabins only. The offer is available to those booking online or through their travel agents (though the travel agent would have to book the cruise through disneycruise.com for the offer). Bookings are also eligible for the standard $25 onboard credit offer for all online bookings. The deal is available "for a limited time," but there's no word on when the limited time expires. MousePlanet's preferred Disney travel providers are MouseEarVacations.com (link), Small World Vacations (link).