The new Walt Disney Family Museum officially opens to the public today. Owned and operated by Walt Disney Family Foundation, the stated mission of the museum is to present "the life and achievements of the man who raised animation to an art, transformed the film industry, tirelessly pursued innovation, and created a global and distinctively American legacy." Though cameras are off-limits inside the museum, MousePlanet's Frank Anzalone was invited to tour the collections, and shares his photos with you.

The 77,000 square-foot museum Walt Disney Family Museum is located in three buildings on the site of a former barrack in San Francisco's Presidio. The first building houses the permanent collection, a 114-seat screening facility, learning center, museum store and cafe. The second building houses the Family Museum and Foundation offices, and, in 2012, will begin housing temporary exhibitions. The museum's third building, a former storage facility, is used for equipment storage. The permanent collection is arranged into 10 distinct galleries that chronicle Walt Disney's life and career. 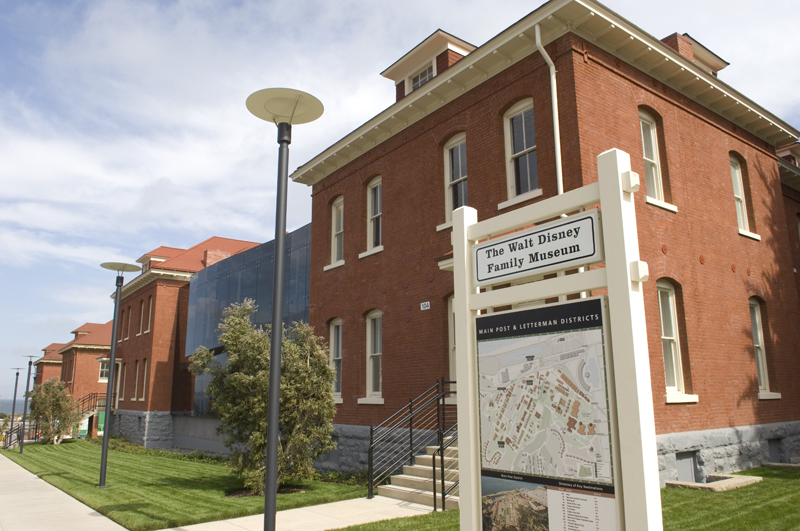 A street view of the museum from the bay side. Photo by Frank Anzalone. 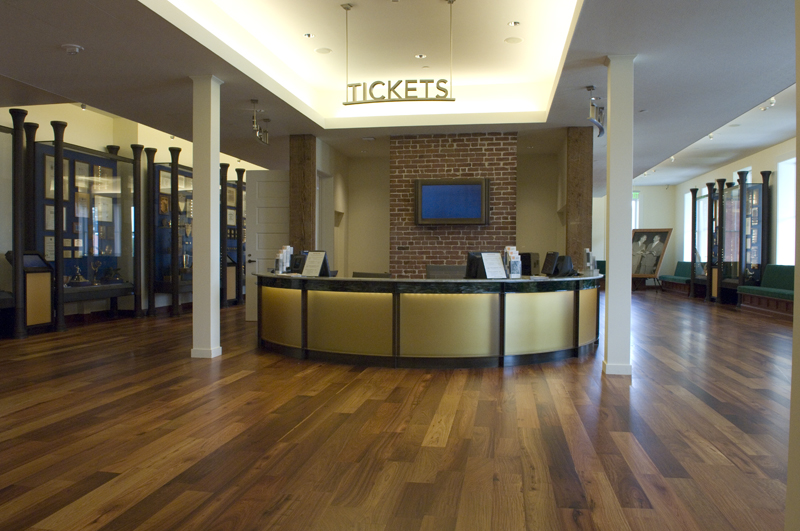 The museum's lobby and ticket desk. Photo by Frank Anzalone. 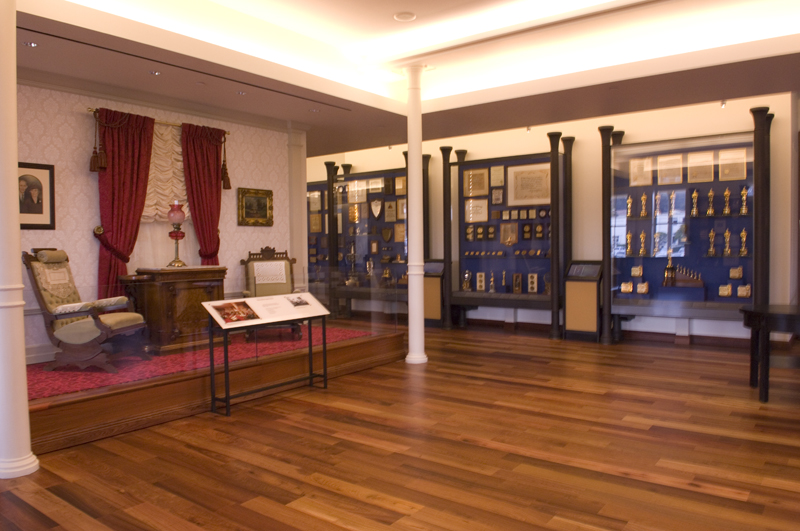 Visitors are welcomed into a recreation of Walt's apartment above Disneyland's firehouse. Many of Walt Disney's awards, including several of his Academy Awards, are on display. Photo by Frank Anzalone.

The first gallery showcases memorabilia and photographs from Walt Disney's childhood, through his service in France during World War I and back to Kansas City where he founded Laugh-O-grams Films. 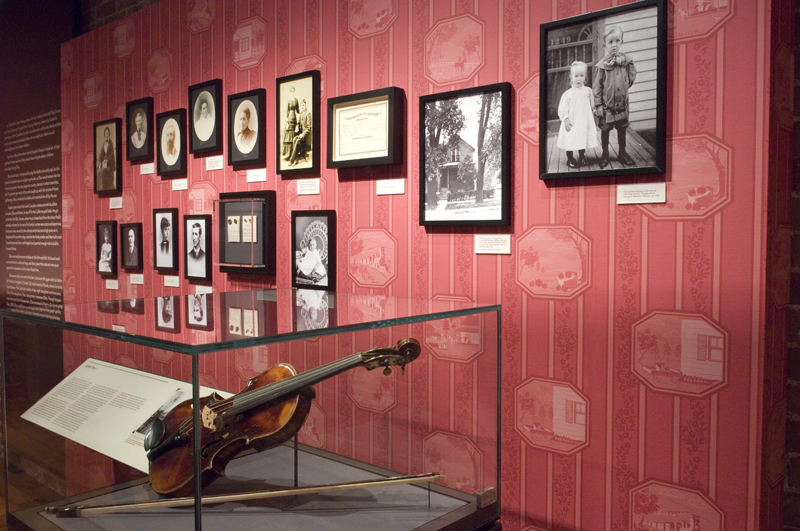 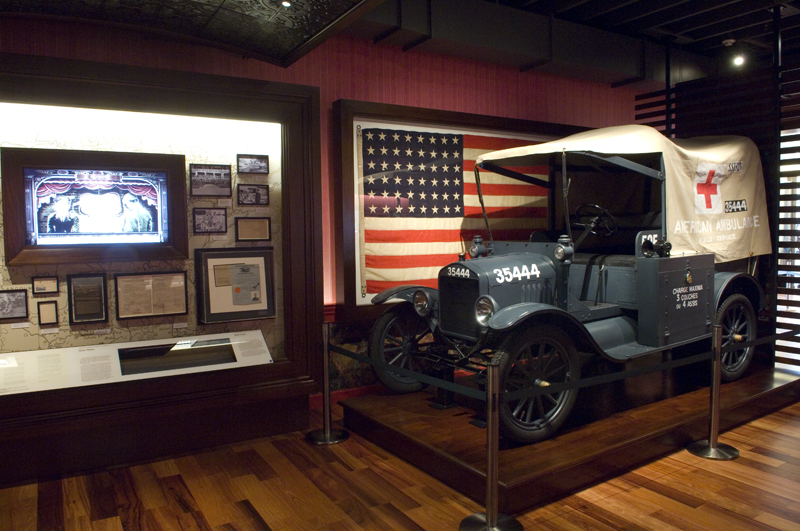 Gallery 1 contains a replica of the ambulance that Walt drove in World War 1. Photo by Frank Anzalone.

After Walt moved to California in 1923, he founded the Disney Bros. Studio, created Mickey Mouse and married Lillian Bounds. Gallery 2 includes the earliest known drawings of Mickey Mouse, and an extensive display on the creation of the historical cartoon, Steamboat Willie. 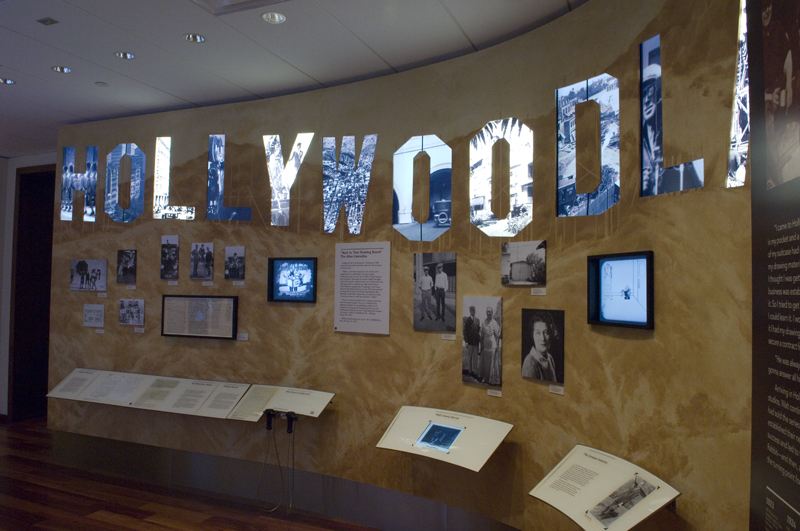 In Gallery 2, Walt comes to California to start the next phase of his quest. Photo by Frank Anzalone. 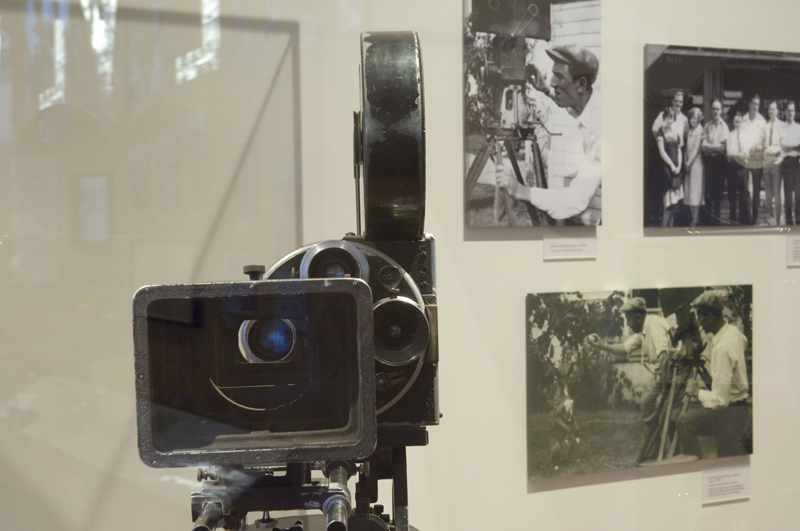 A display contains Walt's camera, and the famous picture of him with his camera. Photo by Frank Anzalone. 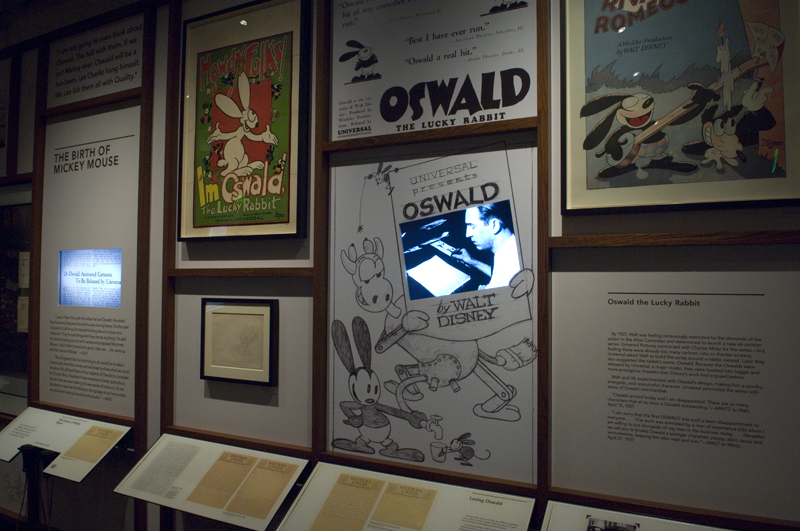 Gallery 2 includes story of Oswald and the creation of Mickey Mouse. Photo by Frank Anzalone.

During this phase of Walt's career, the Walt Disney Studios introduced the first three-strip Technicolor cartoons and developed the multiplane camera. On a personal level, Walt and Lillian's family grew to include daughters Diane and Sharon. This gallery features some of the earliest Mickey Mouse merchandise. 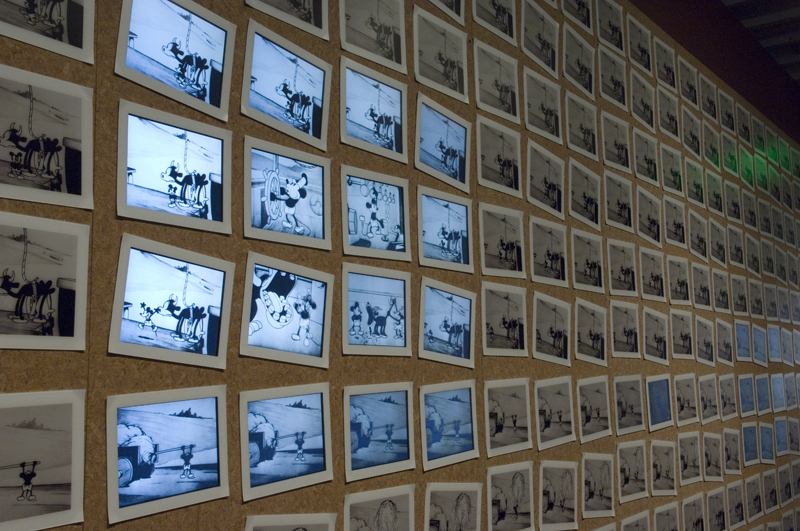 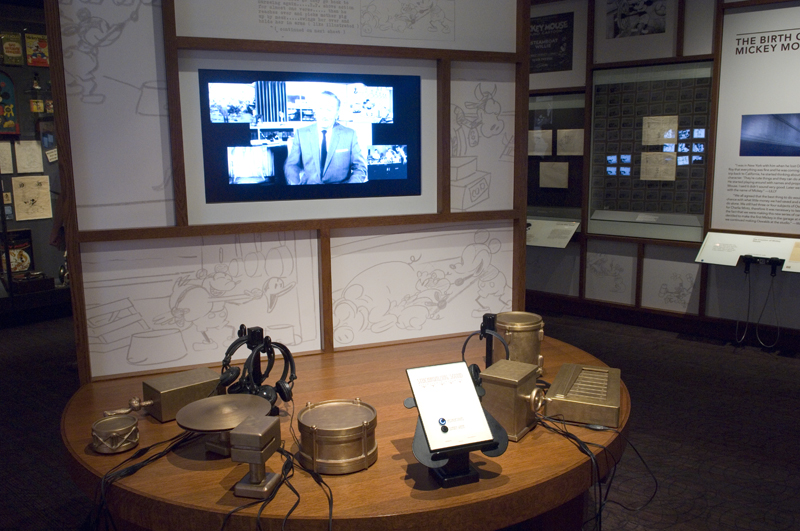 A hands-on exhibit demonstrates how synchronized sound was added to Steamboat Willie. Photo by Frank Anzalone.

Gallery 4 The Move to Features: Snow White and the Seven Dwarfs 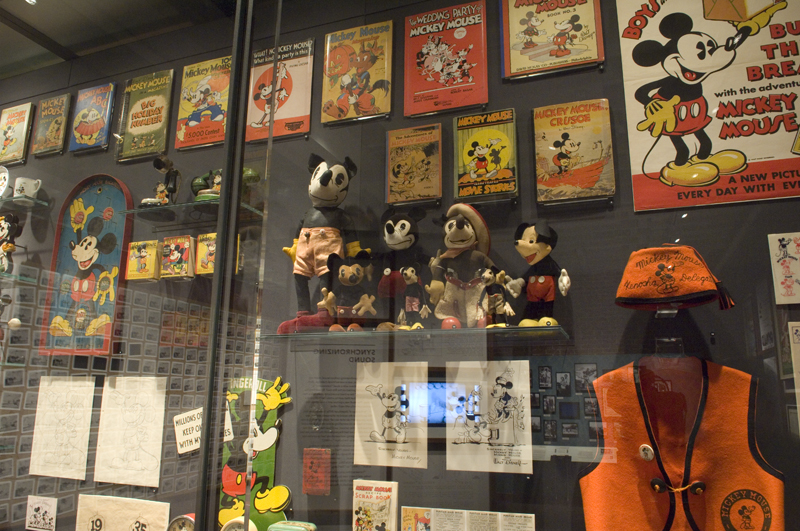 The Walt Disney Family Museum contains a collection of some of the earliest Disney merchandise. Photo by Frank Anzalone. 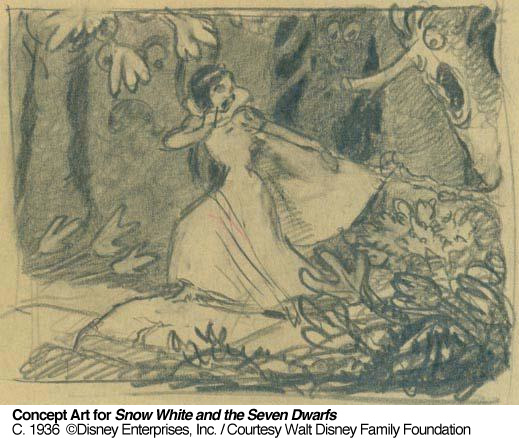 The Disney studio spent years developing Snow White and the Seven Dwarfs and wound up discarding scenes it took weeks to create. Among the scenes that remained was Snow White’s terrifying escape from her wicked step mother through a forbidding forest. Sketch by Albert Hurter. Image courtesy Walt Disney Family Foundation / © Disney.

"Disney’s Folly" proved to be anything but, and the success of Snow White allowed the Disney Studios to relocate to Burbank, California. The following years brought a string of classic animated features, including Bambi, Pinocchio and Fantasia. Gallery 5 exhibits one of the studio’s original multiplane camera cranes. 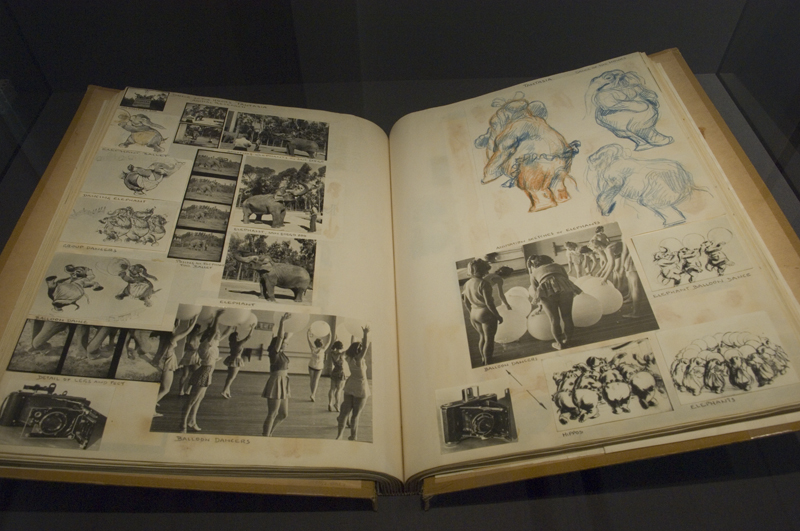 This scrapbook, including photos from sessions where dancers were studied to provide models for the animated hippos in Fantasia, was assembled by one of Walt's "9 Old Men." Photo by Frank Anzalone.

According to the Museum, "This difficult period in Walt’s life included the deaths of his parents, a studio strike that threatened the company’s viability, and a period when the U.S. military used part of the studio as a base." 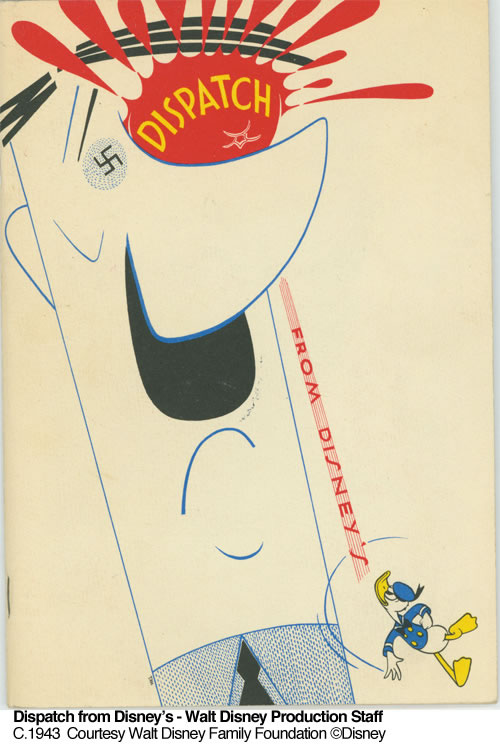 This Dispatch is one example of the Disney Studios output in support of the war effort. Image courtesy Walt Disney Family Foundation / © Disney.

The Disney Studios branched into live action, feature films following the war, releasing Treasure Island and 20,000 Leagues under the Sea. Gallery 7 includes artifacts from these first live-action movies, as well as artwork from Cinderella, Alice in Wonderland, Peter Pan, and Lady and the Tramp. 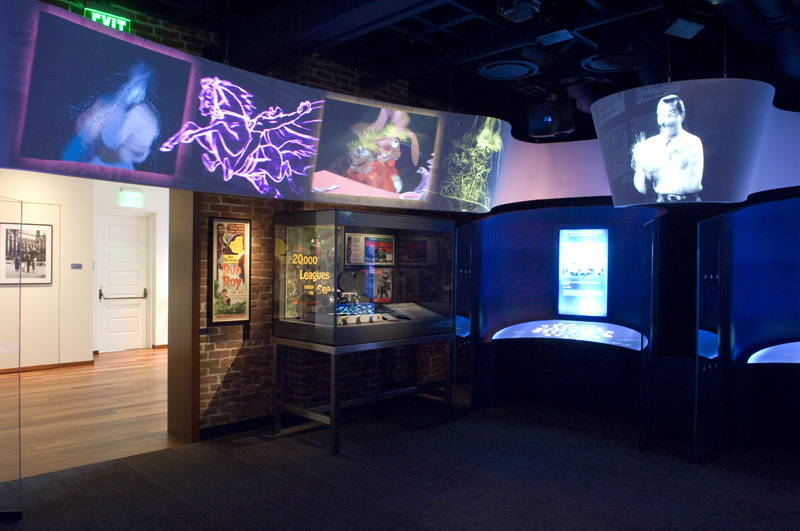 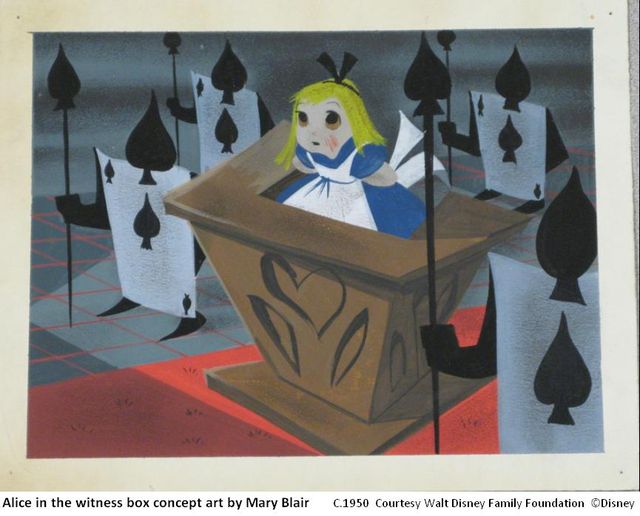 Gallery 8 Walt and the Natural World

Floor-to-ceiling windows give Gallery 8 has a stunning view of the Presidio, and provide a fitting backdrop the this gallery showcasing Walt Disney's True-Life Adventures and People and Places documentaries. 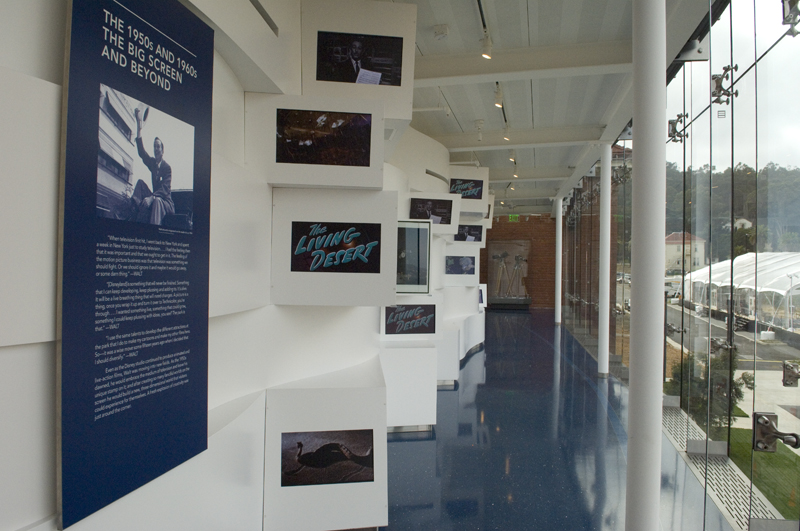 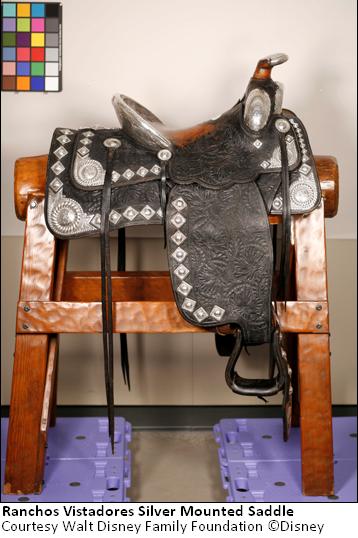 This Ranchos Vistadores Silver Mounted Saddle is one of the artifacts on display in Gallery 8. Image courtesy Walt Disney Family Foundation / © Disney.

From the scale model of Walt's Lilly Belle train to the camera used to film the Circarama movies and the detailed miniature model of Disneyland, Gallery 9 provides a wealth of concept art, scale models and artifacts from Walt Disney's original Magic Kingdom. 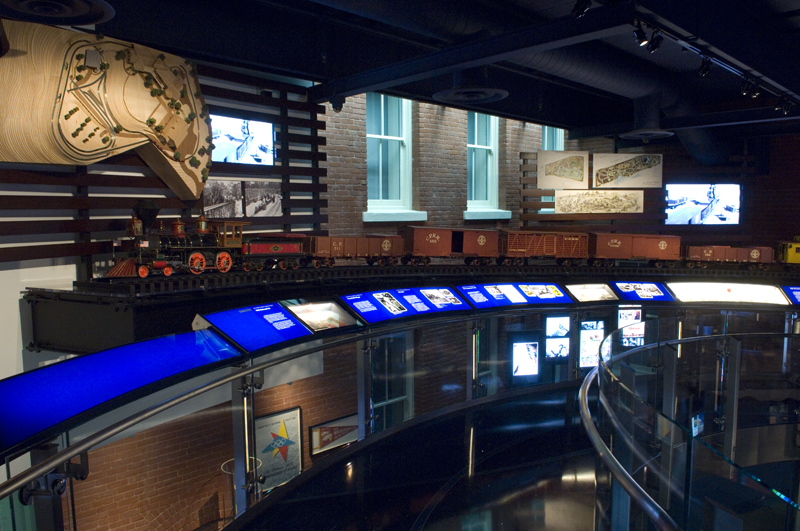 A scale model of Walt Disney's Lilly Belle waits at the entrance to Gallery 9. Photo by Frank Anzalone. 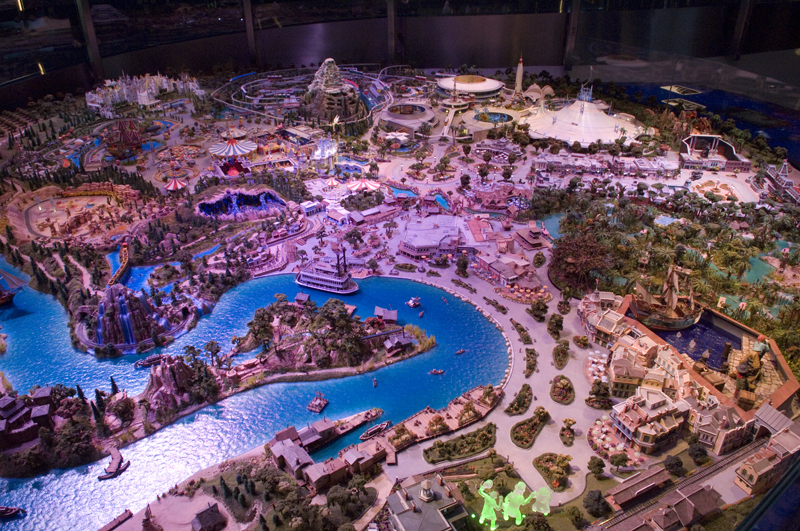 A highlight of the gallery is a scale model of Walt Disney's Disneyland. Photo by Frank Anzalone. 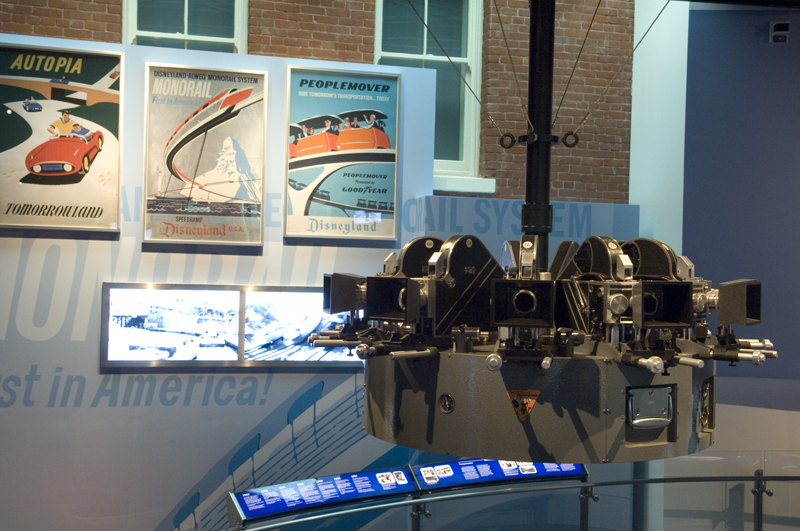 Gallery 9 includes one of the camera(s) used to film the Circarama movies. Photo by Frank Anzalone.

Several readers have warned that you should be prepared with tissues before entering Gallery 10. On display are newspaper articles, letters and telegrams with reaction to the news of Walt Disney's death, and television monitors play newscasts covering Walt Disney's passing. 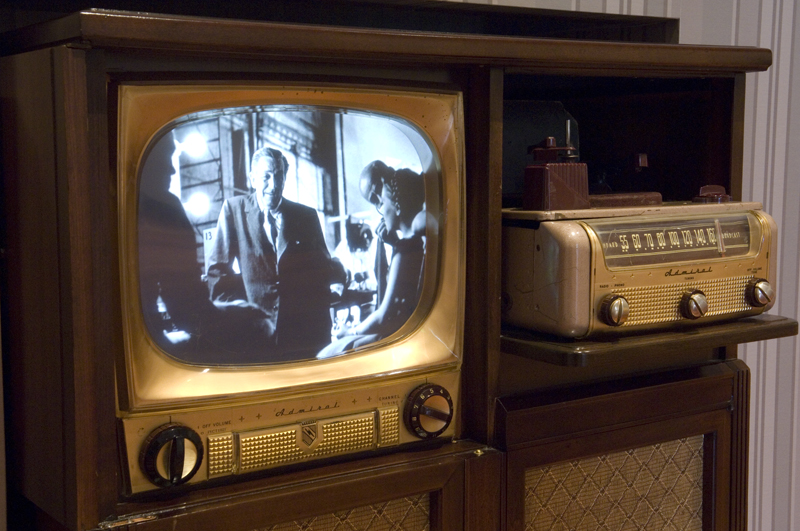 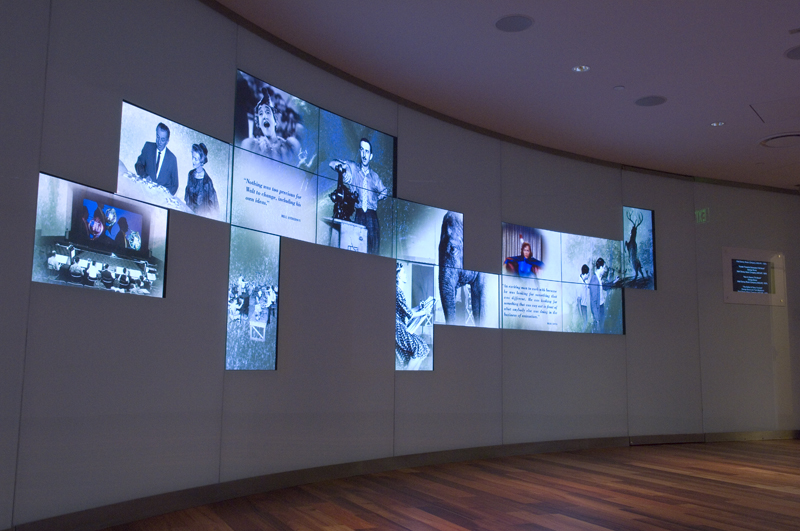 Admission is by timed-entry ticket, which helps to regulate the flow of visitors - at least through the front door. Once inside, you are free to tour the Museum at your own pace, and MousePlanet readers who have already toured the museum suggest that you allow yourself several hours to experience the whole collection. Tickets are $20 for adults, $15 for seniors and students, and $12.50 for children 6 to 17. Admission is free for members. Tickets are can be purchased online, up to 60 days in advance of your visit (link).

The Walt Disney Family Museum has announced a full schedule of activities for October, starting with screenings of Walt Disney's Fantasia. The entire schedule is available on our MousePad discussion boards (link). 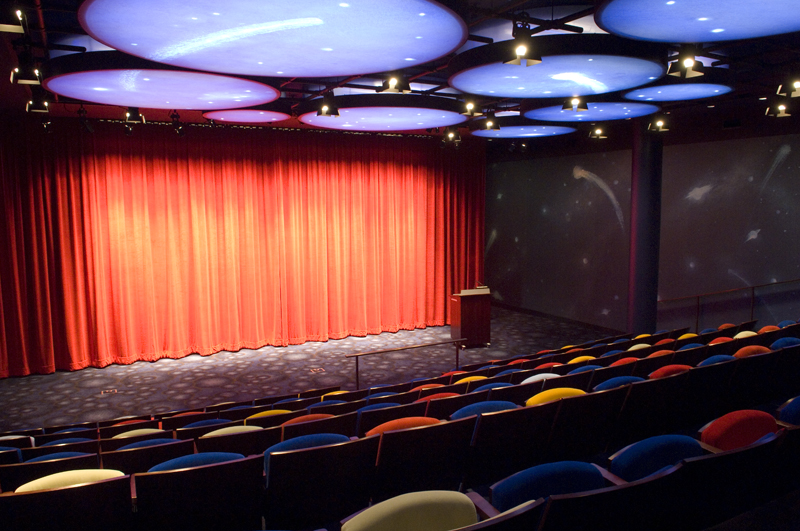 In October, the 114-seat screening room will feature screenings of Fantasia, Walt and El Grupo, The Three Caballeros, Saludos Amigos and Halloween-theme cartoons like The Skeleton Dance. Photo by Frank Anzalone. 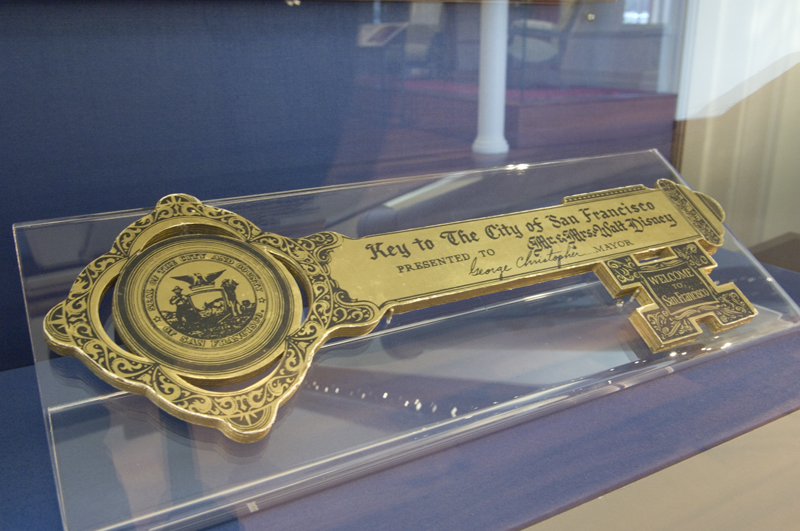 The Key to the City of San Francisco that was presented to Walt Disney. Photo by Frank Anzalone.