Hey everyone. Welcome back to Disney Stuff. This time I’m going to talk about something that I bet each and every one of you have, something that has permeated every level of society since 1933. There are probably millions of them out there. It may be the most popular Disney collectible ever: the Mickey Mouse watch. I have many and I’m sure most of you out there can say that a Mouse watch has graced your wrist at some point in time.

In 1932 an enterprising advertising executive named Kay Kamen placed a call to Walt Disney and expressed his desire to market Mickey Mouse in a more effective way. After meeting with Walt and his brother Roy, Kay was brought on as the company’s licensing representative. The very first watch to feature Mickey’s image on its face was released by the Ingersoll-Waterbury Clock Company of Connecticut in 1933. It single-handedly saved the clock maker from bankruptcy, selling an astounding 11,000 units in one day at Macy’s.

Along with the timepieces, Disney characters began to find there way onto just about everything, all under Kay’s supervision and guidance. He invented Disney merchandising as we know it. He is the grandfather of all the Disney “Stuff” that exists out there. 1937’s “Snow White and the Seven Dwarfs'" Walt’s dream of a full-length animated feature, was essentially funded by Mickey merchandise and we have Kay Kamen and his Mickey watches to thank for that.

So as any good Disney fan should, I have several Mickey Mouse watches. I’m pretty sure I had one as a kid as well. I’m sure it’s worth a small fortune now, which of course means that it’s gone. As an adult, I started collecting my Mickey watches in, where else, Walt Disney World. I’ve done quite well there over the years. The rest of my collection has been amassed from The Disney Store, eBay, and GoAntiques.com. Each trip to Walt Disney World, I pick up a new one, and there’s always a new one to be had. Over the years, I’ve found some real bargain watches while visiting The Happiest Place on Earth. Several times they have offered a great watch for $10 or $12 with a $40 purchase. Let’s face it; I’m spending $40 in a Disney gift shop. That’s a given, so I get to add to my collection at an extremely reasonable rate.

Here are some of my favorites: 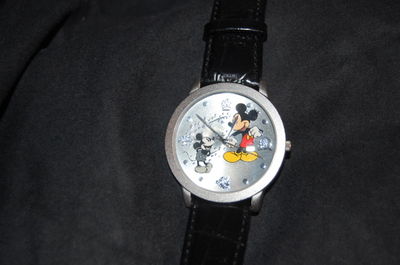 I got a few of these for $10 each and gave them as gifts. Photo By Chris Barry. 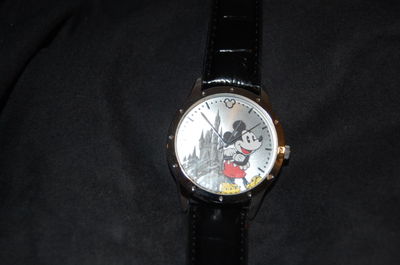 Mickey and the castle on the 2009 "deal watch." Photo By Chris Barry.

I found this great one at The Disney Store… 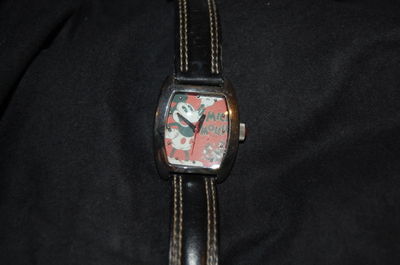 This one was a surprise impulse buy at a Disney Store register. Photo By Chris Barry. 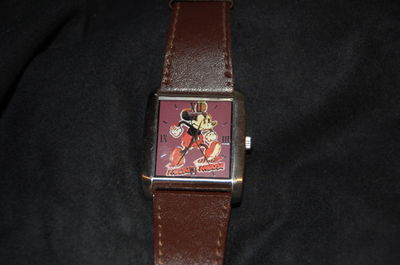 I love this one, even though Mickey is a little angry looking. Photo By Chris Barry.

Here’s a Lorus Steamboat Mickey watch that comes in a cool tin. 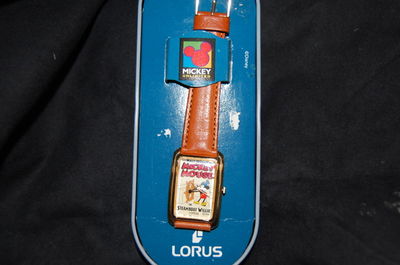 This one's a little older and has a great tin case. Photo By Chris Barry.

This Steamboat Willie watch was purchased on Main Street in the Magic Kingdom and essentially began the quest for more and more Mickey watches. 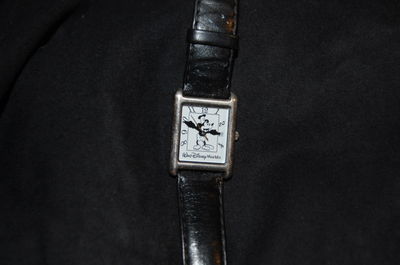 The watch that started it all fo me. Photo By Chris Barry.
This one was a steal at The Emporium for $20. 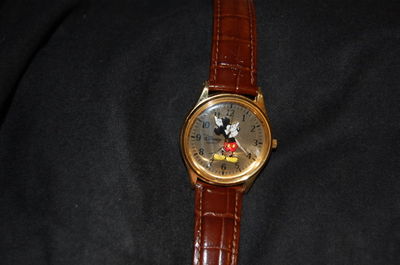 So happy to find this one at The Magic Kingdom and seriously marked down. Photo By Chris Barry.

I could go on and on. I’ve intentionally left off my Donald, Goofy, Jack Skellington, Pirates of The Caribbean and many more watches. It’s become a favorite past time of mine. I haven’t purchased a true vintage one yet. A few are older and more collectible, but on a whole I buy them because I like to wear them; not for the investment. It’s a fairly affordable group of collectibles.

So, head out to the watch store on Main Street, visit The Disney Store, click around on the internet, and take part in a collectible that more than likely saved the Walt Disney Company and probably paved the way for all of the animated features that we all know and love.

I’ll see you next time with some more of that Disney Stuff that we all love so much.