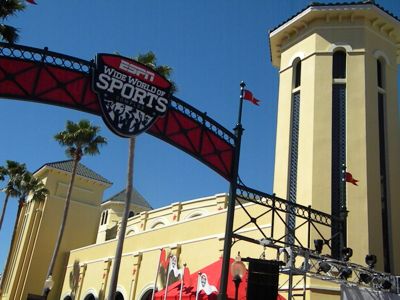 For most MousePlanet readers, why would you care? You're into soaring with Dumbo, watching fireworks over World Showcase Lagoon, and sitting back and enjoying Castaway Cay. You've never visited Disney's Wide World of Sports. And even if you do like sports—even ESPN—you're not sure that you will visit it now that it has received a name change. You'd rather see Disney's money going toward new resorts or park attractions, perhaps something that would compete this spring with Island of Adventure's new Harry Potter attraction. And if you want to compete with that, wouldn't you want to build some ride that would compete?

While I would welcome new attractions like any other, building new parks and rides are only one type of growth strategy, albeit an important one. Another important strategy centers on market segmentation. Over the years, Disney has focused increasingly on specific market segments. In the 1970s, when Walt Disney World was first built, it was intended to lure vacationing families away from going to Miami or to the beach. In the 1980s, with the addition of two more parks, it was about building pre-and post-families (adults without children) as well as international markets. With the addition of hotels in the 1990s, there was concerted growth around first the convention market, and then the time-share market. The emphasis on catering and building growth within these market segments is as important and as real as building a new land.

One of the biggest things that it has done is creating a much stronger and leveled attendance throughout the year, as opposed to only summer and peak holiday periods. Witness for example, the Summer Nightastic dates that really only run from June 6 through August 14. Those are peak times for families to come to the park. So Disney has created an offering that caters to bringing them in at night, even if they spent the day visiting Harry Potter at Universal. 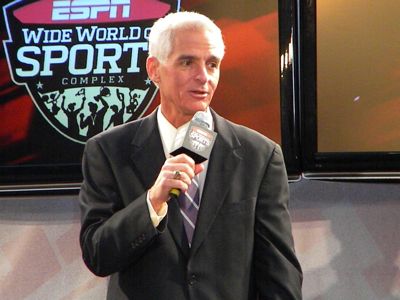 Florida Governor Charlie Crist speaks at the re-launch to emphasize how important sports is to the Florida economy. Photo by J. Jeff Kober.

All of this puts in context the re-launch of the former Disney's Wide World of Sports into the ESPN Wide World of Sports. Why does Disney care about spending time and effort on this quieter corner of the World? The answer is simple: There's serious money to be made in this economy in the youth sports market. And Disney wants to own this market.

First, Disney has built an impressive facility. This 220-acre sports campus can host more than 60 different sports. It's meticulously laid out and well maintained. And beyond the beautiful "Florida Picturesque" architecture designed by David M. Schwarz, there is the entire Walt Disney World facility that can support such activities as Indy speed racing, championship golf, and annual marathons. 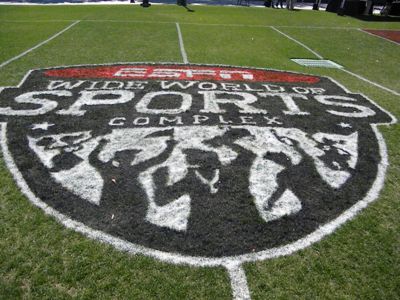 Even the lawn has been branded. Photo by J. Jeff Kober.

That brings us to the second reason Disney can own this market-It sits at the foot of Walt Disney World. The "Disney Difference" is that you can not only compete, but then head over to the parks and enjoy all that Disney has to offer. Suddenly, "I'm going to go to Disney World" has personal meaning to young athletes. And these two things combined, known as "double dipping" by Disney, can often tip the choice for decision makers. 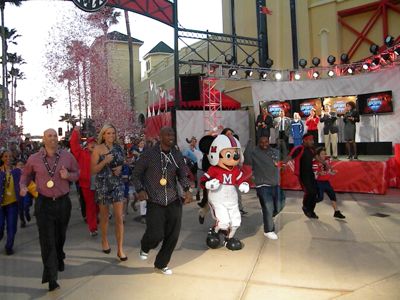 But ESPN isn't stopping there. Simply building a ball field does not mean they will come. Therefore, in addition to the "Disney Difference," Disney now wants to introduce what I refer to as the "ESPN Effect." They want athletes to feel that coming to ESPN's Wide World of Sports Complex is as real as being on ESPN itself. To that end, ESPN has invested in a number of technologies that put the athletes on the screen. Around the facility are 42 remote robotic cameras, plus 10 handheld and four studio cameras that tape the very best sport highlights (and a few of the worst). 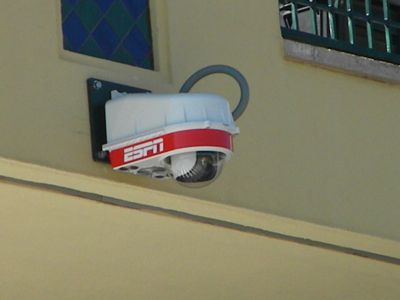 Cameras can be found everywhere. Photo by J. Jeff Kober.

All that taping broadcasts to 40 high-definition video screens, including three jumbo screens, throughout the sports community. In addition, ESPN has a dedicated channel in every Disney resort room. Now kids can go back to their rooms and look for themselves on camera. 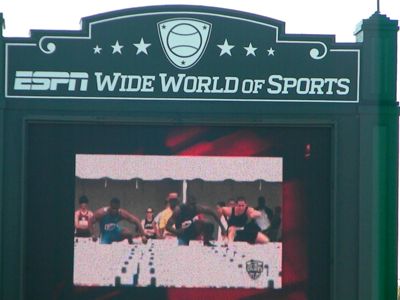 Ongoing coverage of sport events throughout the complex. Photo by J. Jeff Kober.

No wonder Disney is relaunching this sports complex. To successfully compete in this market, they need to focus not just on young athletes, but also coaches, accompanying families, even spectators. And all of this impacts their financials. Take Disney's Marathon Weekend. There are 55,000 runners. but there are also 50,000 spectators! Serving those individuals not just with park tickets, but possibly with per caps in resort stays, food, beverage, and retail, makes this very big business. And that's just one of 300-something events that Disney hopes to sponsor this year.

The bottom line is: Sports travel—especially youth sports travel—is big business. And that business is part of what will bring tens of millions this year to Disney's bottom line.

And who knows, those millions may go toward a ride or attraction you want to see built at your favorite park.

That's why you should care.