A Tribute to Eddie Carroll

MouseStation 403 - A Tribute to Eddie Carroll

On today's show, we say a fond farewell to the voice of Jiminy Cricket, who was also noted for his portrayals of Jack Benny. Also, a Magical Moment, this week's Twitter/Facebook poll and some listener feedback.

Feature: A Tribute to Eddie Carroll

Steven Ng joined us to help pay tribute to Eddie Carroll, voice of Jiminy Cricket and a noted portrayer of Jack Benny. Eddie was a regular guest here at the MouseStation, appearing on Episodes 37 (Talking with Tink and Jiminy), 235 (Tink, Jiminy and the Clown Prince of Disneyland), 322 (Electrical Music, Jiminy and the DCA Detective), 362 (The People Behind the Characters), and 380 (Jiminy Cricket on Jack Benny).

We played a "lost interview" with Eddie, part of Steven's first conversation with him that we didn't use at the time because it was not about Disney. 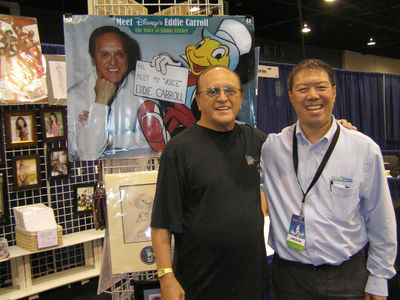 Our condolences go out to Eddie's widow, Carolyn, and to the rest of his family and friends.

MousePlanet readers and MouseStation listeners helped Mark to raise over $3,500 for the March of Dimes this year, with Team MousePlanet as a whole raising over $3,700. Over the last four years, we have raised over $18,000 to help save the lives of babies born prematurely. The donations pages will remain open for a while yet, in case you'd still like to donate. You can go to Mark's fundraising page to sponsor him, Mike's fundraising page to sponsor him, or the Team MousePlanet page to sponsor the team. Help us to provide a better chance to prevent prematurity and to help those babies that are born prematurely, because new parents should take their babies home from the hospital, not to the cemetery.

This week's Magical Moment came via voicemail from Joey in Tucson, who called to tell us about a Disneyland parking tram driver who provided a memorable trip back to the parking structure. Joey then went on to tell how, after putting in a compliment about the driver at City Hall a couple of days later, he tried to lodge a complaint about a lousy driver named Rex that couldn't get him to Endor. The cast member didn't get that he was talking about Star Tours, and his wife had to pull him out of City Hall.

The story of the tram driver reminded Mark of a tram driver that he and his wife had at Hershey Park back in 1984.

Will you be at Walt Disney World the third weekend in May, maybe for the D23 Flowers & Fireworks event? Come to the MousePlanet meet at the Magic Kingdom on Saturday, May 15 at 2:00 p.m. at the gazebo just past Aloha Isle in Adventureland! Meet Mark Goldhaber and visit with other MousePlanet readers and MouseStation listeners. We'll have some MousePlanet buttons to hand out, and maybe some hats and classic mini-MouseAdventure packets. If you're attending Flowers & Fireworks, you've got until 5:00 p.m. to check in at the lobby of the Grand Floridian Resort & Spa, so there's plenty of time to attend the meet and still check in on time. 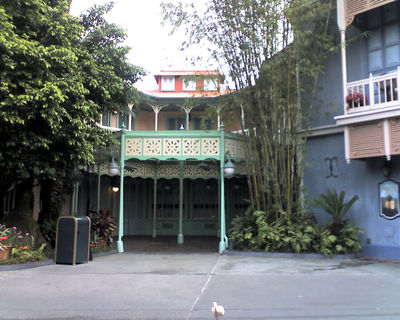 Do you have a favorite Disney video game?

We're not going to read all of the good wishes on our 400th episode, so we'll just say "thank you" to everyone who offered your congratulations, and we hope you're all still with us at 500!

Mark Daniel Martinez wrote on Mark's Facebook page that he likes to batch up his podcast listening, and is over 20-40 episodes behind.

Pat Toohill sent an email asking about a stone marker that he saw in the recreational/support area across the street from Disney's Vero Beach Resort. Mark did some research and found that Fotios Stergiou was a man from Vero Beach who was killed at age 28 in July 1996 as he drive on U.S. Highway 192 near the Osceola/Brevard county line. Stergiou's car went off the road and struck a tree. 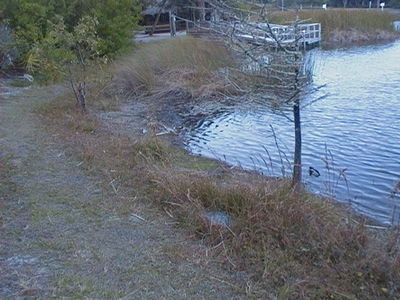 Here is the location where Pat found the stone marker. Photo by Pat Toohill. 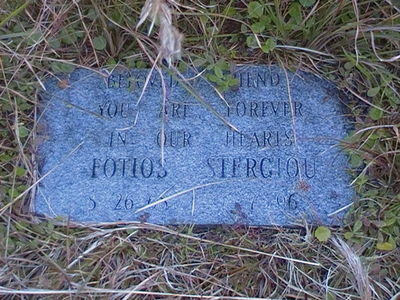 Here is the marker for Fotios Stergiou that Pat found. Photo by Pat Toohill.