If you are a current or former Walt Disney World cast member, then you know what is meant by the term "Eyes and Ears." It's a reference to probably one of the most successful internal corporate communications vehicles ever created.

So often in my visits with different companies, the No. 1 issue that comes up among employees is the lack of communications internally. Walt Disney World understands this. With more than 60,000 cast members, the largest single-site employer has the herculean challenge of keeping their employees informed and up-to-date with what is going on. The answer to doing so is to provide as many forms of communication. That includes the following:

But the crown jewel of all their internal communication attempts is Disney's Eyes and Ears. 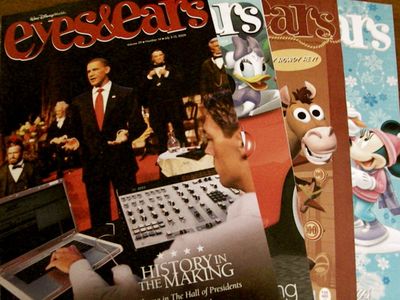 Eyes & Ears, an internal newsletter publication of the Walt Disney World Company. The company promotes itself internally with the same effort it promotes itself externally.

There are several other corporate communications, including:

But the biggest publication is Walt Disney World's Eyes & Ears. Of course, it hasn't always been that way. What began many years ago as a very modest newsletter… 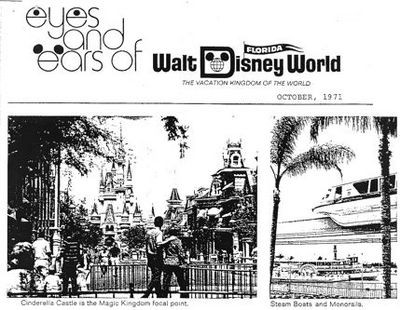 This is from one of the first Eyes & Ears produced back in 1971 for the opening of Walt Disney World.

Has grown into a small full-color magazine. 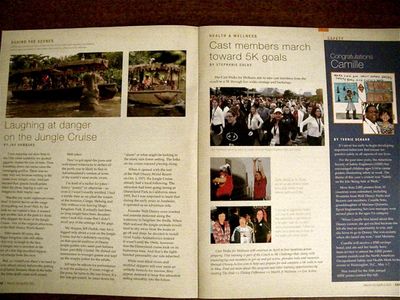 No matter the format, The Eyes & Ears have always played a role in promoting the Disney brand and culture. 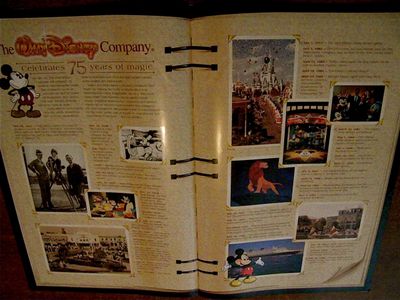 This is a personal favorite that came out around October 16, 1998. It's the 75th anniversary of the Walt Disney Company, which falls on the same date as my birthday.

For many years, Walt Disney World Cast Members recognized it in its weekly black and white newspaper size edition. 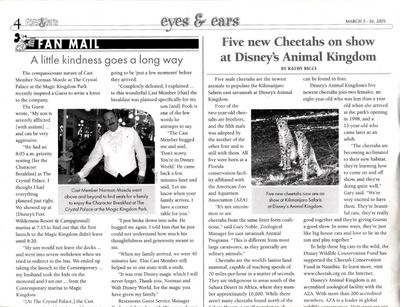 Eyes and Ears came from the HR division of the Walt Disney World Company. 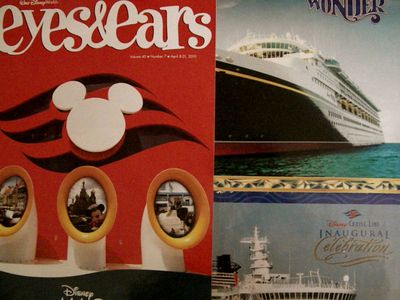 In time, a web portal was created at Disney that really supported the more immediate delivery of up-to-date info. The weekly newspaper gave way to an every other week edition that was in color. 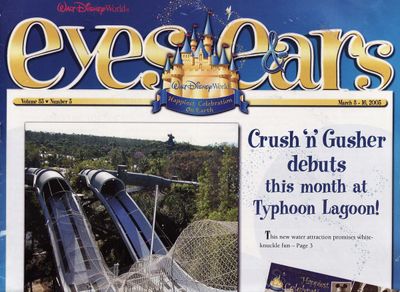 This promotes the addition of Crush & Gusher at Disney's Typhoon Lagoon.

The newest version of the Eyes & Ears is more of a professional magazine layout. 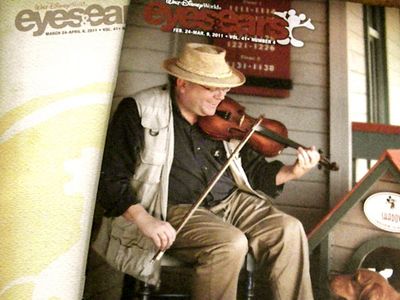 There have been some very special Eyes and Ears along the way: 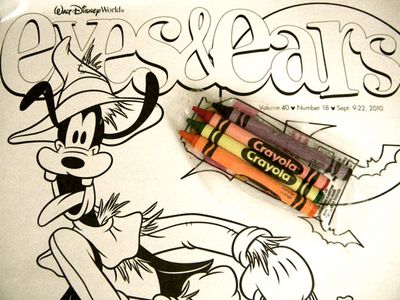 This unique edition was in color except for the front page. Celebrating Mickey's Not-So-Scary Halloween Party, it offered crayons so that you could color in the picture of Goofy.

For those of you out there working elsewhere who wishes they had such a nice looking corporate newsletter, here's the secret—you'll find it on the last few pages—it's called advertising. 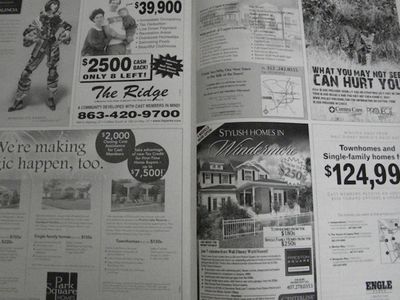 Every assortment of advertising can be found on the back pages. Advertisers offer plenty of discounts to Disney cast members, making it also a great reason to work for the company.

Local retailers, home builders, and even physicians are attracted to the fact that they can access a very targeted market with a stable income through only one communication vehicle. Advertisements make the Eyes and Ears possible and accessible to its cast members.

But the really important message about Eyes and Ears is what it says about the brand and culture of the organization. Beyond just familiarizing Walt Disney World cast members about the many goings-on that occur on property, it serves to educate and inspire you about this thing called Disney.

For instance, you might find any of the following: 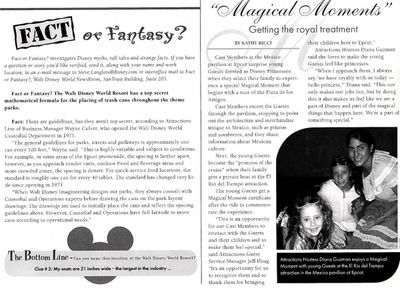 This edition celebrates a Magical Moment as well as providing insight as to how far apart trash receptacles really are placed.

What about you? Are you a current or former Walt Disney World cast member who has enjoyed the Eyes and Ears? Tell us why?

Do you do something similar in your own organization in terms of a company newsletter? How does it compare? What do you do that's unique? Let us know.

And in the mean time, keep making the magic come alive wherever you work.

P.S. Before you write asking me, you probably want to know how to get a copy of this newspaper. There are four ways: