Welcome back to another installment of Disney Stuff.

The collector in me is always on the look out for more stuff to add to my shelves and I recently came across some photos on the Internet that inspired this particular article. They were from the official Disney Parks Blog, a great place on the web to find out what’s coming to the Disney Parks. This was a particular toy that I’m looking forward to acquiring. I’m talking about one of the great true Disney icons…the Disney Monorail. This particular version is a fantastic model of the new Disneyland Mark VII monorail. The Mark VII is certainly new, but to me it has a great retro look to it. I can’t wait to get one of these sets and call it my own. It’s currently available in the parks and on the Disney Store website for about $80. 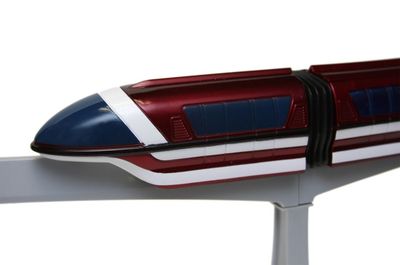 Which brings me to the title of this month’s Disney Stuff. I realized that I have lots of different versions of the monorail floating around this house. Taking a trip on the Disney Monorail has always been one of my favorite things to do when we visit Walt Disney World. With that said, let’s take a look at my collection of Disney Monorail Stuff.

Let’s start off with the classic monorail toy, the Disney Monorail Playset: 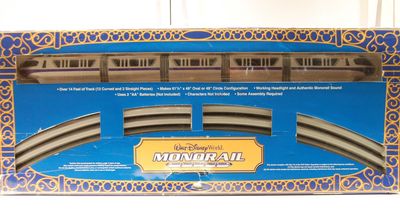 The front of the Monorail Playset. Photo by Chris Barry.

This monorail stays in the box until Christmastime when it circles underneath the tree in our family room. Unlike the newer versions, these cars do not have roofs that open. The ones that you can buy today at Disneyland and Walt Disney World have tops that flip up, allowing you to put the small Disney character figures that are included with the set inside the monorail. 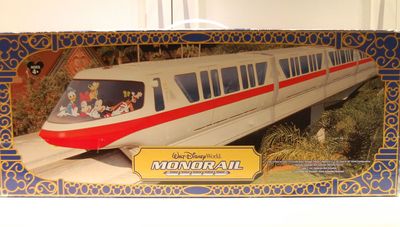 The back of the Monorail Playset. Photo by Chris Barry.

Another classic toy that has been available in the parks for some time now is the Disney Monorail Die Cast Set. This monorail has never left the box and sits proudly in one of my collectible display cases. It’s not that it’s that rare or anything. They are readily available in the parks and on the Disney Store website as well. I just want to keep it in good shape and out of the playing hands of my twin boys. “Some of Daddy’s toys are not really toys, you two. Sorry.” 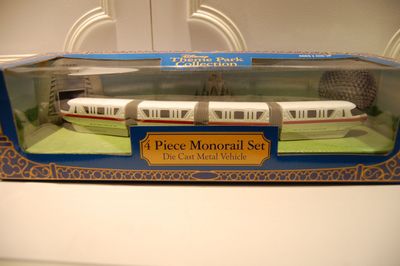 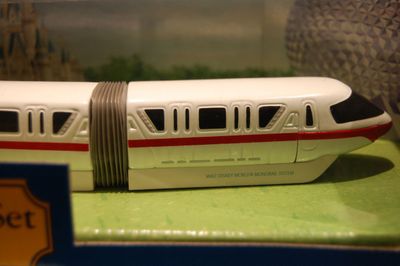 A closer look at the Die Cast Monorail. Photo by Chris Barry.

This remote control monorail was bought at the old World of Disney on 5th Avenue in Manhattan. (I know I’ve said it before, but I really do miss that store.) 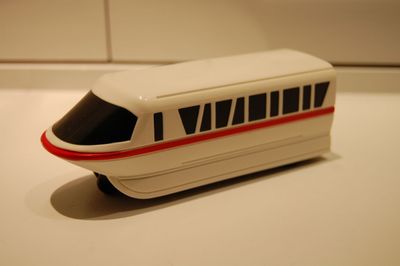 One of the remote control monorail cars. Photo by Chris Barry.

I remember walking through the store with my dear friend Robert. When we passed the display with the remote control monorails on them, he noticed they were on sale. He picked them up, held them up to me and said, “For $10.00 how can you not get these for your boys?” Always able to persuade me into a purchase, Robert was correct and these toys have been played with and displayed on my son’s toy shelf ever since. Plus, they were quite a good deal considering they’re currently available on the Disney Store website for $19.95.

Here’s a more rare and unusual piece of monorail stuff. This monorail was part of a set of vehicles that was produced in the year 2000 for Walt Disney World’s celebration of the millennium: 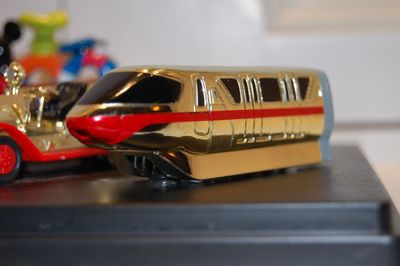 The gold monorail from the Millennium Die-Cast set. Photo by Chris Barry.

There’s the Disney Racers version of the monorail: 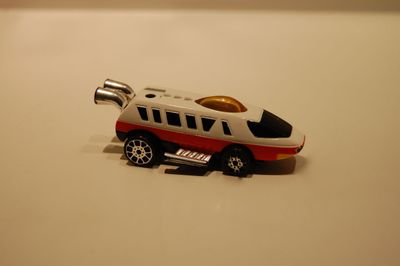 Here are some monorail pins on my pin board. 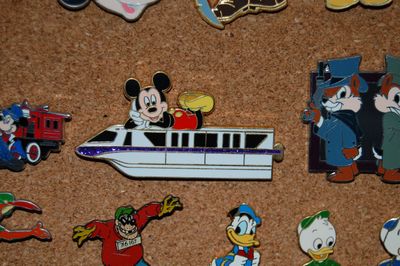 Mickey on the monorail. Photo by Chris Barry. 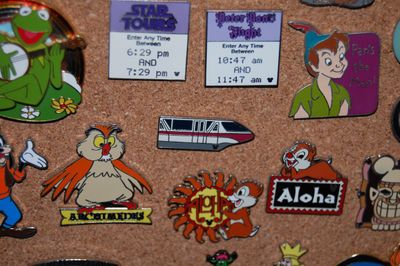 How about the Monorail Game? 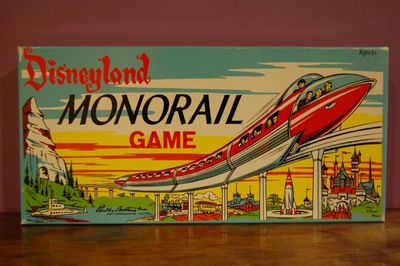 There’s the monorail from the Disney Collector Packs. My daughter is the only one that has managed to score this one. My sons and I have never been so lucky: 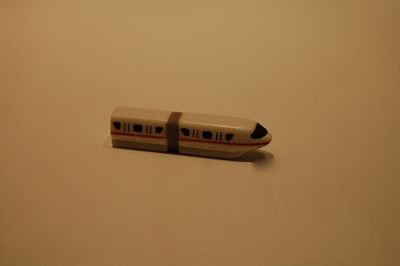 The monorail from the Disney Collector Packs. Photo by Chris Barry. 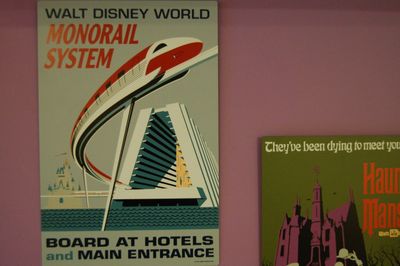 The new home for my tin attraction posters. Photo by Chris Barry.

As you can see, the monorail seems to be pretty prevalent in my collection of Disney collectibles and memorabilia. What I don’t have is some really vintage Disney monorail stuff. On the wish list would certainly be the famous Schuco Disneyland Alweg-Monorail: 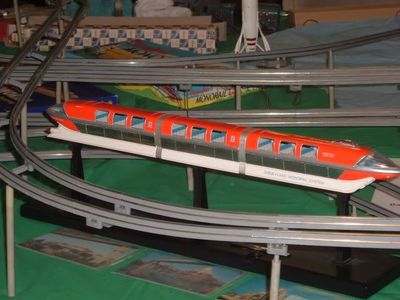 These are great collectibles, but I just saw one in decent condition for $849. That’s going to have to wait a while.

The monorail is a classic Disney icon, as classic an image as Cinderella’s or Sleeping Beauty’s Castle. To me, the monorail is Disney. So, when I see Disney monorail items, I feel a strong sense of need. I have to make them mine. There’s nothing like that silent ride around the Seven Seas Lagoon, or that final approach to Epcot passing over Future World. These toys and collectibles remind me of what I consider to be one of the greatest attractions in all of the Walt Disney World Resort…the Walt Disney World Monorail System. 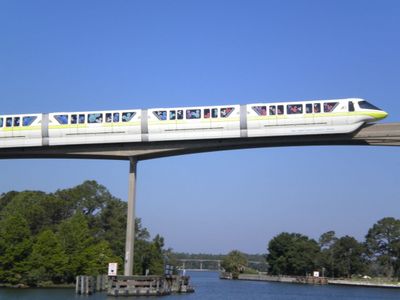 The monorail glides over the Seven Seas Lagoon. Photo by Chris Barry.

Thanks for reading, let me know if you have any cool Disney Monorail items in your collection and I’ll see you next time with more of that great Disney Stuff.