The classics reopen at Disneyland

It's been 18 months since that call was heard at Disneyland, but last week, the park's iconic railroad returned to passenger service. Several classic attractions, including the Disneyland Railroad, the Mark Twain Riverboat, the Sailing Ship Columbia, and the Davy Crockett Explorer Canoes reopened on Friday, July 28.

All of these attractions along the Rivers of America, as well as Tom Sawyer Island and the nighttime show Fantasmic, were closed due to construction work related to the addition of the new Star Wars: Galaxy's Edge land on the northwest portion of Disneyland. The project involved removing a portion of Tom Sawyer Island, rerouting the Rivers of America, and building a new berm between Frontierland and the new Star Wars land. 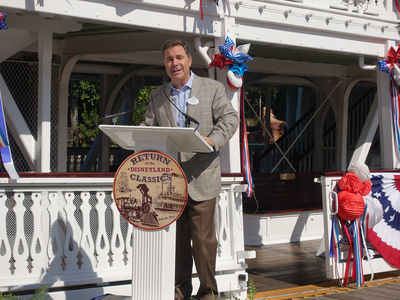 The Disneyland Railroad has a new route around the Rivers of America, and now makes a left turn to rejoin the original track before the Toontown station. The Rivers of America portion is beautiful, crossing new bridges, trestles, waterfalls and rock work, and passing a refurbished Indian village. The lengthy refurbishment refreshed the Grand Canyon and Primeval World dioramas, which saw the addition of new effects. 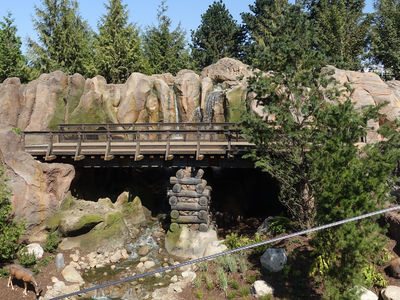 One of the new bridges the Disneyland Railroad crosses as it circles the Rivers of America. Photo by Adrienne Vincent-Phoenix. 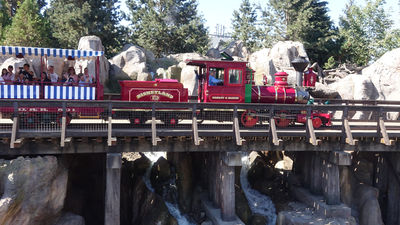 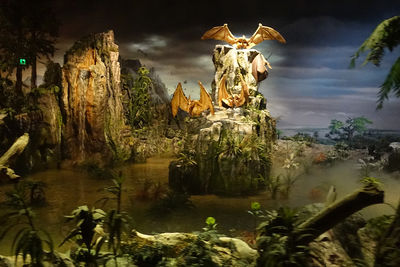 This section of the Primeval World diorama is enhanced with a projected background. Photo by Adrienne Vincent-Phoenix. 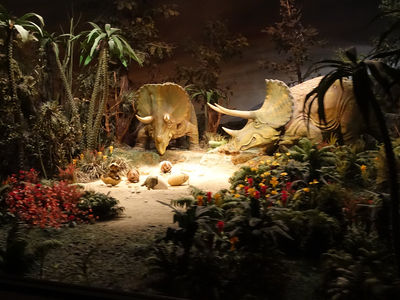 The Primeval World dioramas were cleaned and refreshed during the 18-month refurbishment. Photo by Adrienne Vincent-Phoenix. 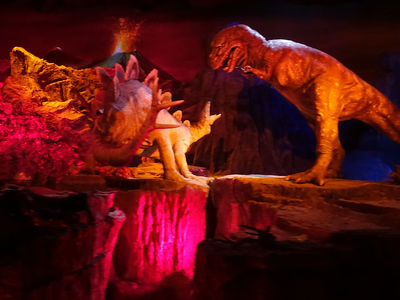 This section of the Primeval World diorama is enhanced with a projected volcano. Photo by Adrienne Vincent-Phoenix. 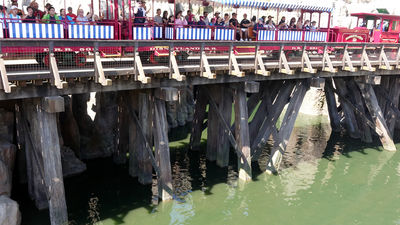 The Disneyland Railroad crosses new bridges on its route around the Rivers of America. Photo by Adrienne Vincent-Phoenix. 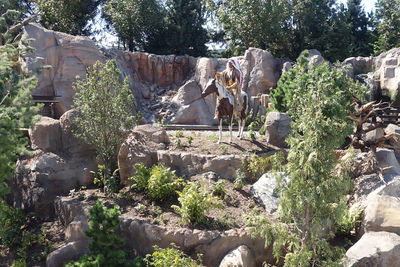 The Indian chief is placed so as to be visible from both the train and the watercraft. Photo by Adrienne Vincent-Phoenix. 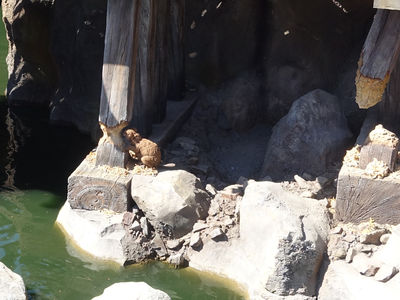 These destructive beavers were included in original concept drawings for the Rivers of America, and were added during the refurbishment. Photo by Adrienne Vincent-Phoenix. 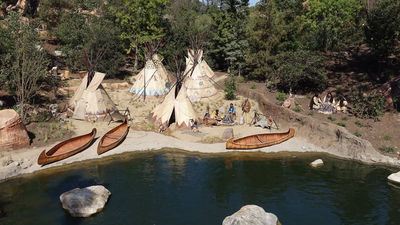 The Lakota village was re-created along the shore of the Rivers of America. Photo by Adrienne Vincent-Phoenix. 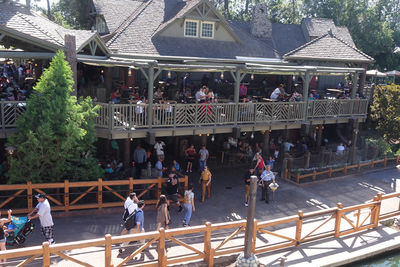 The Hungry Bear restaurant is now set back from the Rivers of America, although the upper level is still an excellent spot for people-watching. Photo by Adrienne Vincent-Phoenix. 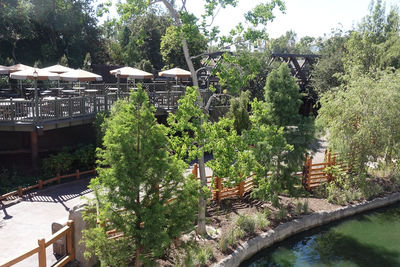 The new walkway in front of the Hungry Bear restaurant will eventually lead to Star Wars: Galaxy's Edge. Photo by Adrienne Vincent-Phoenix.

A ride around the Rivers of America aboard the Mark Twain Riverboat, with a special appearance by John Lasseter and his train engine the Marie E, coupled to the engine Chloe and a passenger car from Ward Kimball's Grizzly Flats Railroad. Facebook Live video.

A conversation with second-generation Imagineer Kim Irvine about the return of the Disneyland Classics and the Rivers of America. YouTube video. 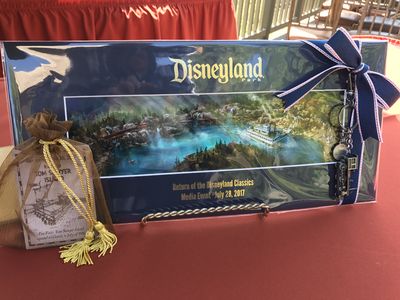 Bid on this Disneyland Classics media gift set, including a print of the artist concept for the new Rivers of America, a Disneyland Railroad key chain and a complete set of trading cards.

Items MousePlanet receives at Disney press events are sold at auction to benefit a number of local charities, including Team Muscle Makers for UCMD, an organization founded by MousePlanet readers Melissa Martin Mayorgas and Lonna Eshelman.

The team raises awareness for Ullrich Congenital Muscular Dystrophy, a rare form of muscular dystrophy with only a few hundred documented cases worldwide. The team raises money through endurance events, including runDisney events at both Disneyland and now Walt Disney World as an official runDisney charity partner, with the funds going to the Muscle Disease Clinic at Rady Children's Hopsital in San Diego.

Up for auction is the gift from last week's Disneyland Classics media event, with 100 percent of the proceeds going to Team Muscle Makers. Click here to view the item, and place your bid. We invite you to bookmark the team's eBay for Charity page to be notified when new items are added.

Tickets for Mickey's Halloween Party at Disneyland only went on sale to the general public last week, but the Friday, October 13 event has already sold out online. That means it's time to post our annual reminder of how to avoid scams. All event nights are expected to sell out by the end of September if not earlier, so we recommend that you buy your tickets as soon as you can commit to a night.

Tickets are available via Disneyland.com, at Disneyland ticket booths, or by (714) 781-4636. As of publication, tickets were available for all but one event:

Before you turn to Craigslist, StubHub, or eBay (all of which bring with them the very high risk of being defrauded), here are official ways you may still be able to buy legitimate party tickets directly from Disney:

...Disneyland this weekend stopped issuing paper Rider Switch passes, and is now linking return times to visitors' admission media. This change is part of the new Fastpass system at Disneyland, and we'll go into greater detail in an upcoming post. If you regularly use Rider Switch, be prepared to have the admission media for your entire return party ready when the first party enters the attraction.