Lights out for the Main Street Electrical Parade

The "encore engagement" of the Main Street Electrical Parade is scheduled to end this Sunday, August 20, with the fate of the iconic Disneyland parade still pending. Disney officials have not said whether the parade is truly "glowing away forever" at the conclusion of this run, is returning to Disneyland at a later date, or is being sent on to another Disney park. Versions of the Electrical Parade have been presented at Disneyland, Disney California Adventure, Walt Disney World's Magic Kingdom, and Disneyland Paris. 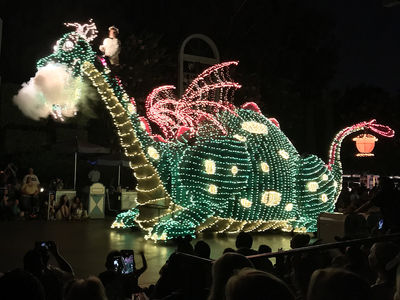 Pete's Dragon will do one final vanishing act at Disneyland this coming weekend. Photo by Adrienne Vincent-Phoenix.

Although the summer blockout season is still in force, and many local school districts already back in session for the 2017–2018 school year, expect very heavy crowds along Main Street, U.S.A. this week as fans turn out to see the parade off once again. As a reminder, blockout day passes are available through Sunday, August 20, for those annual passholders who can't bear to miss the chance to see the parade one last time.

The days of free parking in Downtown Disney are numbered, Disney announced last week. Effective this Wednesday, August 16, Disney does away with the previous policy of allowing patrons to park for up to two hours in the Downtown Disney lot at no charge. The hourly $12 parking fee is now calculated in 30-minute increments, allowing for just a 15-minute grace period for drivers who are dropping off or picking up passengers. 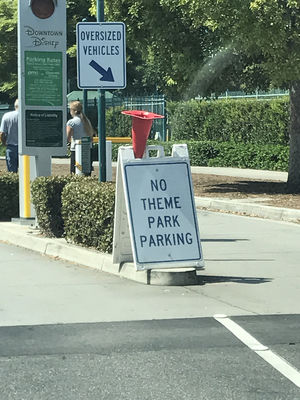 A new parking policy goes into effect at Downtown Disney this week. Photo by Adrienne Vincent-Phoenix.

After the grace period, the minimum parking charge is $6, and tops out at $48 per day.

Disneyland Resort Hotel restaurants will not offer validation for the Downtown Disney parking lot, nor will shops or restaurants inside the theme parks.

Disney last changed the Downtown Disney parking lot pricing structure in October 2015, reducing the free parking period from three hours to two. At the time, we noted that the Downtown Disney lot had become increasingly crowded, partly due to annual passholders who for their theme park visits would park in Downtown Disney for a few hours in order to avoid the daily parking fee in the public lots. With the summer blockout season coming to an end, it's possible Disneyland was taking proactive steps to keep passholders from taking over the lot once again.

Downtown Disney has also become a popular staging area for rideshare drivers who service the Anaheim resort area, and it's not at all uncommon to see Uber and Lyft drivers parked in that lot between runs.

Still, as we noted in 2005, the free four-hour parking makes it a tight squeeze for a dinner-and-a-movie night out in Downtown Disney, and it's not pleasant to choose between skipping dessert or paying an extra $12 for parking. We would like to see Disney allow customers to combine parking validation from the AMC Theater and a table-service restaurant, and allow five hours of complimentary parking for customers who visit both.

As inconvenient as this new policy will be for some Downtown Disney customers, the reality is that the Downtown Disney lot as we know it will close in 2018 when construction begins on a planned 700-room hotel and adjacent parking structure. Once that happens, some visitors may long for the days when they could park as close as the Rainforest Cafe, rather than the Mickey and Friends parking structure. 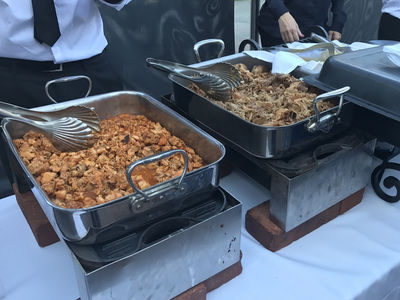 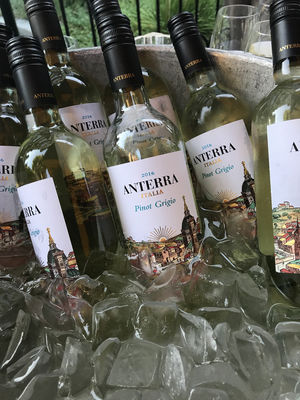 Wines from several wineries are served during Taste of Downtown Disney. Photo by Adrienne Vincent-Phoenix. 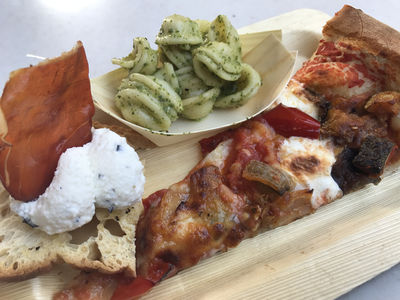 Naples Restaurant presents a trio of items created for the event, including a truffle ricotta costing. Photo by Adrienne Vincent-Phoenix.

New this year was a special Evening of Disney Rarities offering, hosted by Disney artist, author and filmmaker David A. Bossert. Bossert shared an edited version of a presentation from the Newport Film Festival, with clips and artwork most Disney fans have never had the opportunity to see. 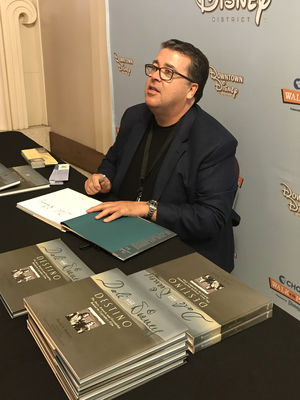 Author David A. Bossert signs copies of his book, "Dali and Disney: Destino" at Evening of Disney Rarities event. Photo by Adrienne Vincent-Phoenix.

At the conclusion of the event, Bossert screened the Disney short film Destino, and autographed copies of his book Dali and Disney: Destino. As is our tradition at MousePlanet, this book is now posted on eBay, with 100% of the proceeds going to CHOC Children's Foundation. Click here to view the item, and place your bid.

The evening wrapped up at the Downtown Disney stage, where guests sampled Jamba Juice smoothies and La Brea Bakery cookies while Disney artist Jimmy Mulligan speed-painted a portrait of Walt Disney. KTLA 5 Morning News host Henry DiCarlo served as the master of ceremonies for the closing, and conducted a live auction for the painting, which sold for over $3,000. 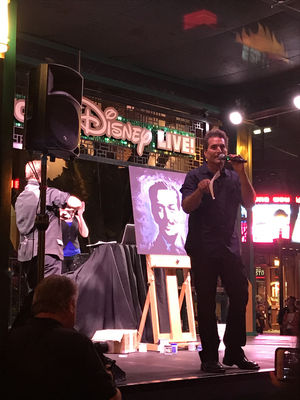 ...Big Thunder Mountain Railroad is closed this Monday through Thursday, August 14–17, for refurbishment.

Before you turn to Craigslist, StubHub, or eBay (all of which bring with them the very high risk of fraud), we have a list of tried-and-true official ways you may still be able to buy legitimate party tickets directly from Disney. Visit our MousePad discussion forum for our tips and tricks.

All event nights are expected to sell out by the end of September if not earlier, so we recommend that you buy your tickets as soon as you can commit to a night.

...A new addition to the Starbucks YouAre Here mug collection arrived at Disneyland last week. The newest mug (top right) features Fantasyland, with several attractions and ride vehicles depicted. The original mug (bottom left) is still available, but employees say it may be discontinued. So far, there has not been a new design released for Disney California Adventure. 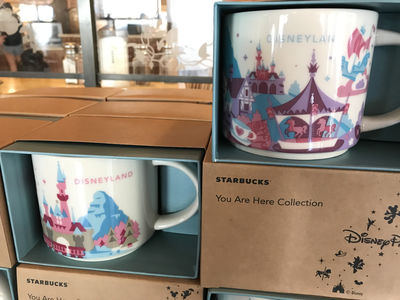 You Are Here mug collectors have a new Disneyland style to add to their cupboards. Photo by Adrienne Vincent-Phoenix. 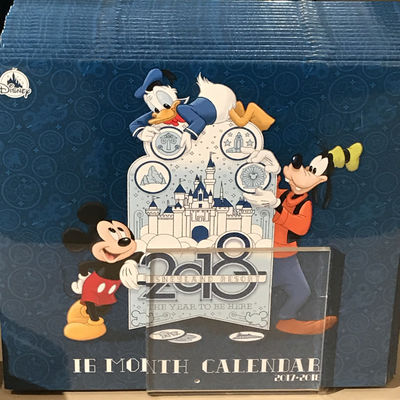 The 2018 Disneyland Resort calendar is now on sale at most gift shops. Photo by Adrienne Vincent-Phoenix.