Readers of this space know that one of my favorite things in the Disney merchandise universe is a great mashup between Disney content and famous designer goods makers from outside Disney. We've had everything from clothing to accessories to watches, from figurines to toys, all from companies we all know and love. Today we're going to look at some of my favorite historical examples of this and some great merchandise that you can purchase today.

They say the eyes are the windows to the soul, so let's start there. It's summer as I write this and who doesn't love and need a good pair of sunglasses. You can buy a whimsical and fairly cheap pair of Disney shades at the parks or even your local Walmart, but if you want something a little fancier and better made, Ray-Ban has you covered.

Ray-Ban has been making quality sunglasses for more than 80 years, but it was in 2016 that they introduced a product line featuring the one and only Mickey Mouse. The first offerings took advantage of Ray-Ban's Wayfarer design with a classic Mickey pattern along the temples (ear pieces). The first products were limited editions and all sold out very quickly, even at a relatively high price point of $243. Subsequent editions have been released over time and are still available today. 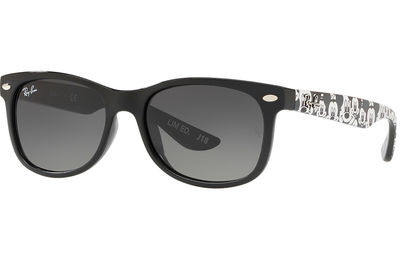 Currently available is the J18 (June 2018) Limited Edition New Wayfarer, part of the Ray-Ban x Disney collection. This particular pair is available at Macy's and Sunglass Hut. It features a winking Mickey Mouse on the temples and sells for $243. Other available Ray-Ban limited editions actually sell for as little as $100. These are a great example of how to get brand name quality with a little Disney style.

Next up are some very fine watches. I won't go too much into the history of Disney watches since I've done that already, but know that high-end watch brands such as Rolex, Wittnauer, Bulova, and Seiko have created some wonderful Disney creations.

My Mickey Mouse watch collection is vast, but only one falls into that "fine" watch category. Friends gave me a Disney gift card as a birthday gift years ago and one of those friends happened to be a Disney employee at the time, so I got a nice discount. I had my eye on a Bulova watch with a blue face that featured a standing Mickey Mouse and a rubber band. It retailed for $250, though the discount helped. I cherish that watch to this day. 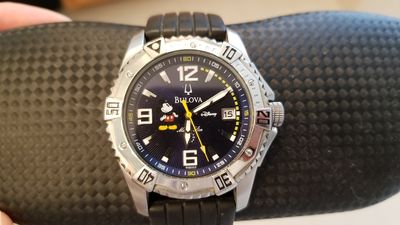 You can buy these watches online or at many Disney theme park locations, but the my favorite place to go has always been the jewelry counter at the World of Disney store in Disney Springs (formerly Downtown Disney). These and a rotation of other great watches and jewelry are always available. If you're interested in a great line of Disney watches available now, Invicta has come out with a great collection. 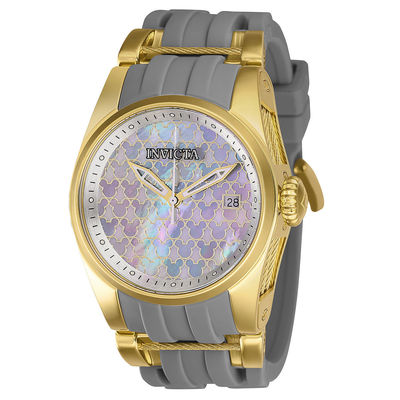 This beautiful Invicta women's watch with a unique face retails for $529.97, though others are less expensive. Copyright Disney.

Most of the collection features Mickey and Minnie, but there are also watches themed to such diverse Disney properties as The Incredibles and Star Wars. There are sport watches, classic dress watches, and watches that are open and show the gears inside. It's a really great collection, with both men's and women's pieces. Prices range from the low $100s to about $500. They are available at the Disney Parks, at shopdisney.com and the Invicta website.

Sticking with the jewelry theme, there is plenty of great Disney-themed jewelry. One of the most popular lines in recent years has been the juggernaut known as Pandora. Pandora has actually only been around since 2003, but its charm bracelets and charms have certainly hit the cultural zeitgeist hard. The concept behind the charms is to buy those that represent your personality, loved ones, or special moments in your life. For Disney fans, showing their Disney side got a lot easier a few years ago when Pandora created a whole Disney line and opened locations at Walt Disney World. 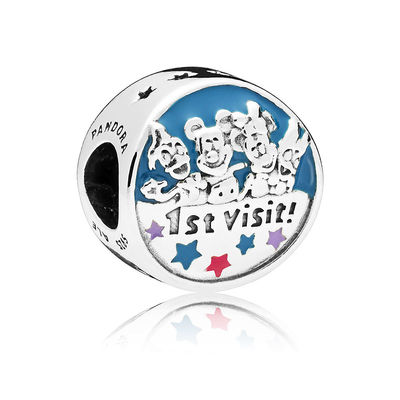 There are Pandora charms depicting all aspects of the Disney universe, including your first visit to the parks. Copyright Disney.

The Pandora Disney charms depict a multitude of characters, locations, park attractions, and more. The line keeps expanding, so if you have a favorite Disney character or moment, it's likely you can find a charm to match. My niece bought a charm bracelet for $40 and the charms, themselves, run from about that amount to several hundred dollars (diamonds, anyone?).

We segue next to bags. As friends have told me over the years, the pinnacle maker of hot bags for the last number of years is Dooney & Bourke. One wouldn't think that this fancy brand would tango with Disney, but it has—and in a big way. It's rare that more than a few weeks go by before I see a new alert on Facebook or Instagram advertising a new Disney bag made by Dooney & Bourke (Winnie the Pooh being the most recent). 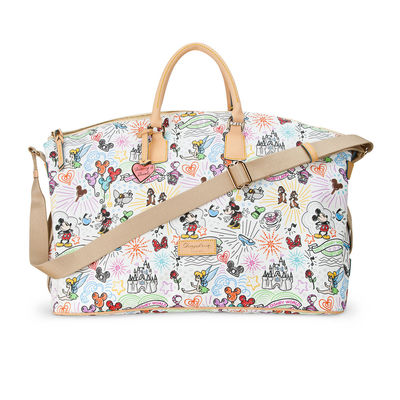 Many of the creations feature Mickey, Minnie and the rest of the Fab 5, of course, but they've also ventured beyond that into other parts of the Disney universe. You can find bags featuring the Disney dogs (interestingly for sale at Walmart for $699.99),  the Disney princesses, or, if you want it all, a bag featuring a mishmash of  Disney logos. The bags are pricey, ranging from the low-$200s to the high three figures), but they truly are Disney works of art that you can use in your everyday life. They also come in all shapes and sizes, such as tote bags, backpacks and purses, so they likely have one to meet your needs and wants.

If you're looking for a bag and Kate Spade is more your style, that iconic brand got in on the Disney bag game as well with a Minnie Mouse icon tote bag, available for $247.95.

Moving in a different direction, let's take a look at collectibles and figurines. I wrote an article about Arribas Brothers, the fine crystal maker that Disney has had a relationship with since Walt's days, but other artists and brands have danced with the mouse as well. High-end gift makers from around the world such as Hummel & Goebel, Lladró, and Waterford Crystal have all used their artists to come up with wonderful Disney-inspired creations.

Goebel & Hummel, in a great example of what I'm talking about, did Disney versions of many of its classic figurines. My personal favorites of these were Apple Tree Mickey and Apple Tree Minnie. 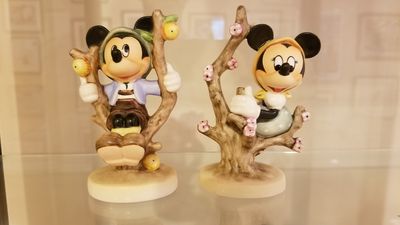 Goebel & Hummel has done many Disney versions of its classic figurines, such as Apple Tree Mickey and Apple Tree Minnie. Photo by Gregg Jacobs.

Lladro is another favorite maker of fine china and figurines. This Spanish company has also depicted classic Disney characters and is also known for its images of children holding Disney dolls. These are available on and off at the parks, but are widely available online, such as this Mickey Mouse Lladró from Macy's.

Waterford Crystal, the Irish glass and crystal maker, also has made some great Disney products. Before Disney started its D23 Expo, it held annual fan conventions that were largely centered around collectibles. ConventionEars provided an opportunity to buy limited edition items, and Waterford made some of the best. One of my favorite convention items was a Waterford crystal depiction of Mickey and Pluto, who were the icons for the convention logo that year.  Waterford has also done works with other characters and Disney themes. 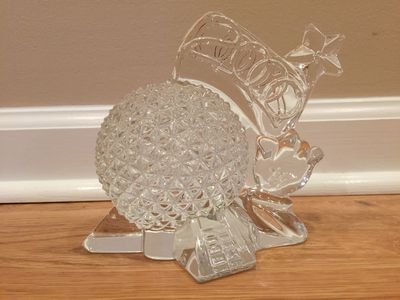 Waterford made a crystal Spaceship Earth in honor of the Millenium celebration in 2000.  Photo by Gregg Jacobs.

My favorite are those items that put a Disney spin on things that are familiar. You may have to save up for these high-end products, but as a memory of a special trip (or character or movie) that you can use at home, may be worth the pop.