When the Disneyland Resort reopens at the end of April, it is permitted to do so under guidelines for the orange (moderate) tier of California's Blueprint to Recovery.

State officials announced today that Orange County has met the requirements to move from the red (widespread) tier to the less restrictive orange tier effective this Thursday, April 1. If you haven't paid close attention to the details of California's byzantine color-coded tier system, here's what this development could meansfor park visitors. Remember that there's no "green" tier of California's Blueprint to Recovery, and no indication at what point the state will revoke these guidelines entirely. 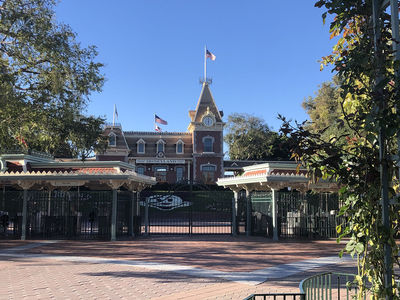 Disneyland's gates will open only to California residents when the park reopens next month. Photo by Todd Pickering.

Let's get the bad news out of the way first—this change has no impact on the rules that restrict admission to only California residents. That policy will be in place as long as a travel advisory from the California Department of Public Health is still in effect.

The move  into the orange tier, however, does mean that Disneyland and Disney California Adventure can open at 25% of park capacity instead of the 15% cap mandated under the red tier. Disney can choose to open at a lower capacity, and may in fact do so at first.

We speculated yesterday that Disney may have been waiting for confirmation of the tier change before releasing details of when and how visitors can purchase theme park tickets, and we're now waiting for an update. The company has already said it will manage attendance through a new advance reservation system, though walk-up ticket sales are permitted under state guidelines.

Regardless of tier, the state will still require Disney to obtain "an attestation that when visiting the park, the guest’s party size will not contain more than three households and the guest, and all members of the guest’s party will be in-state visitors," and to collect the ticket purchaser's name and phone number for possible future contact tracing.

Regardless of tier, California's guidelines for theme parks state that indoor rides may be no longer than 15 minutes, which means "it's a small world" and the Haunted Mansion are probably OK, but Pirates of the Caribbean and Star Wars: Rise of the Resistance may be just a bit too long to qualify.

Also regardless of tier, all queues must be located outdoors, which could prove tricky for attractions with elaborate interior queues, such as the Indiana Jones Adventure, Space Mountain and Millennium Falcon: Smuggler's Run. You can also expect to see some unusual queue configurations in Fantasyland and Tomorrowland, as the usually indoor queue is shifted outside. 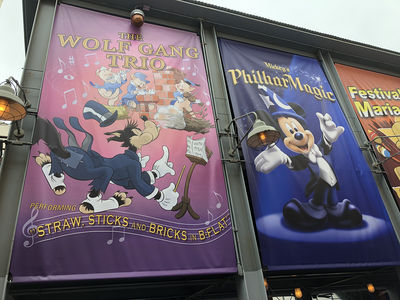 Theater-based attractions like Mickey's PhilharMagic can not reopen under the current state guidelines. MousePlanet file photo.

While regular movie theaters may reopen at 50% capacity in the orange tier, theater-type attractions inside theme parks may not open at all right now, which means Great Moments with Mr. Lincoln, Mickey's PhilharMagic and the Disney Junior Dance Party are a no-go.

Disney has already said that parades, nighttime spectaculars and character meet-and-greets will return at a later time, though characters will appear in socially-distanced ways for visitors to see and take photos of. 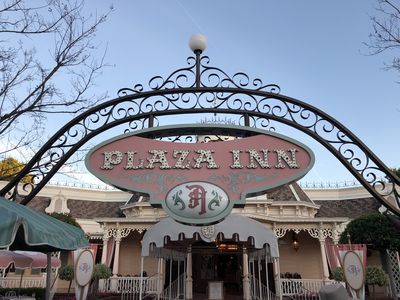 Most dining options will likely be offered at locations with outdoor seating, like the Plaza Inn. MousePlanet file photo.

Indoor theme park restaurants can operate at 25% of capacity in the orange tier, which could mean The Blue Bayou can open with Disneyland. Outdoor dining is permitted with physical distancing between tables. Still, we expected limited locations and/or hours when the parks first reopen, so you may need to wait a bit longer for that Monte Cristo sandwich.

All indoor capacity for theme park operations is limited to 25% in the orange tier, so expect lines outside most every shop, and for the smallest stores to be closed entirely. We also expect to see more retail outdoor vending carts and kiosks. 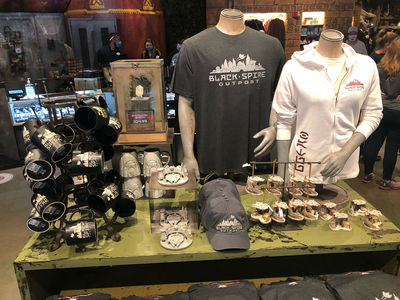 The orange tier means no more capacity limits on stores, but we still expect small lines to get into the most popular Downtown Disney shops. MousePlanet file photo.

The guidelines discussed above apply only to theme park operations, and Disney has much more leeway with regard to operations in Downtown Disney now that the county has moved to the orange tier.

Capacity restrictions are dropped for shopping centers and retail stores in the orange tier. These locations are still required to enforce public safety guidelines, which include the use of face masks, physical distancing and cleaning protocols.

We don't expect a free-for-all, or for Disney to drop the health screening at the Downtown Disney entrances, but this could mean much shorter lines to get into Downtown Disney and into the most popular shops.

Restaurants can operate at 50% of indoor capacity, while keeping appropriate distance between tables. With more dining shifted indoors, we could see the return of Napolini and the Tortilla Jo's Taqueria, as well as the reopening of Catal.

Splitsville Luxury Lanes is permitted to reopen its bowling alley at 25% capacity, which could mean that venue reopens after more than a year. 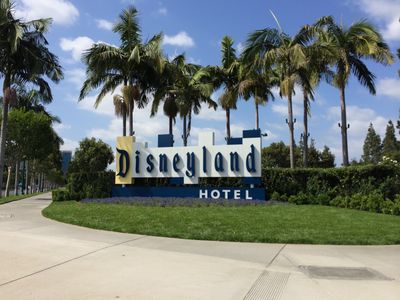 Disney has not yet said when the Disneyland Hotel will reopen. MousePlanet file photo.

Disney has already announced the Grand Californian Hotel will reopen on April 29, followed by the Disney Vacation Club portion of that property on May 2.

Under orange tier guidelines, Storyteller's Cafe could reopen at 50% capacity, but with modifications. Buffet service is not permitted. The Hearthstone Lounge bar could open at 25% capacity.

Disney has not yet made an announcement about reopening plans for the Disneyland Hotel or Paradise Pier Hotel, but the same guidelines would apply to them should they reopen while the county is in the orange tier.

When you're ready to make travel plans, we recommend working with an authorized travel agency like MousePlanet travel partner Get Away Today so you get the most up-to-the-minute information on hotel and ticket availability as it is announced.