Disneyland's iconic Blue Bayou Restaurant is about to become even more popular, as Disney announced today the restaurant will feature a new menu of wine, beer and spirits when it reopens. The Disney Parks Blog article does not give a reopening date for the restaurant, saying only that it would be after the theme parks resume operations on April 30. 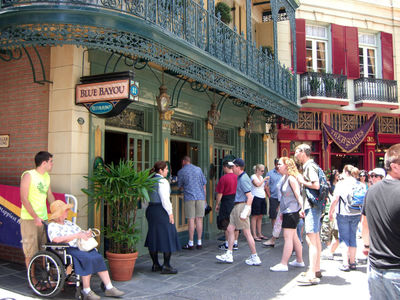 When it reopens, the Blue Bayou will become the second public location to serve alcohol in the theme park, along with Oga's Cantina in Star Wars: Galaxy's Edge. Disneyland had been a "dry" park since opening in 1955 until Oga's opened in 2019. Prior to that, the only place to order an adult beverage inside the theme park was at the exclusive and private Club 33. Disney California Adventure has served alcohol since opening in 2001, and the Magic Kingdom park in Orlando introduced alcohol to some menus in 2012.

Disney says the new beverage menu will "fit right in with the story and spirit of the Blue Bayou and reflect what many of our guests have requested," and notes the restaurant will also serve seasonal variations of the non-alcholic Mint Julep. 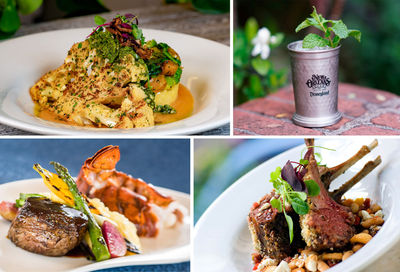 The restaurant opened in 1967, and has inspired versions in other Disney theme parks. A second Blue Bayou Restaurant is located inside the Pirates of the Caribbean ride in Toyko Disneyland, while visitors to Disneyland Paris can dine at Captain Jack's - Restaurant des Pirates.