As you may have read last month, I finally made it back to the magic! After a two-year drought, I headed down to the sunshine state and experienced what Walt Disney World had to offer as it celebrates the big five - oh. I hit all four theme parks, Bizzard Beach and pigged out (oh, how I missed Goofy's Candy Company). I, of course, also checked out all the merch.

In that area, the thing that struck me the most kind of took me by surprise. Of course I loved the 50th commemorate items, the artwork, and the watches. Those will always be my favorites—but surprisingly, it was the T-shirts that grabbed my attention once again. I wrote an article a few years ago about the T-shirts and how Disney was moving beyond generic images of the Fab 5 and the park logo. I'm happy to report that the trend has continued in a big way.

There are literally dozens of different T-shirts available for everyone.

This article is supposed to run on Christmas Eve and my guess is you want to spend time with your families and friends and not hours and hours with me reading a ton about T-shirts, so this month's article will be light on words and heavy on pictures of a bunch of my favorites. So here we go with a sampling of what's available at the World.

First comment is that the selection is massive. At outlets such as World of Disney, the Emporium and Creations, there's generally a wall of T-shirts with a huge selection to choose from. 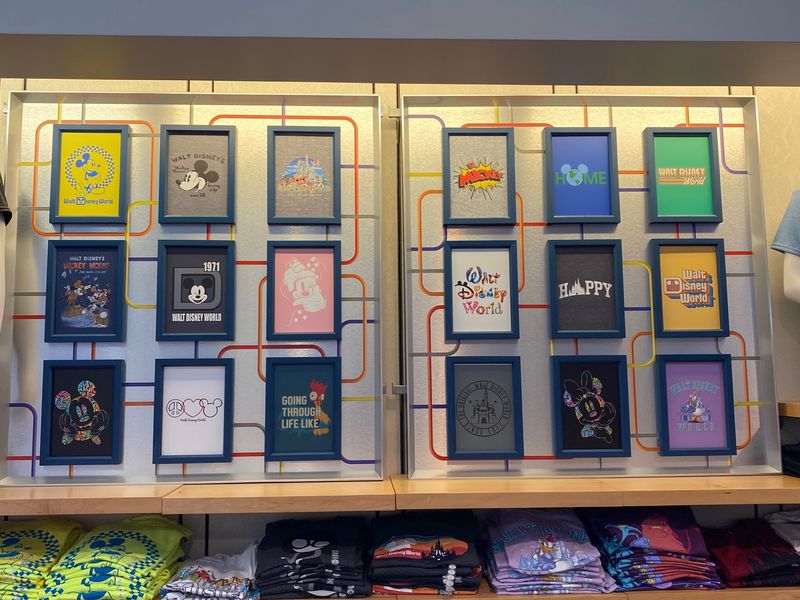 The wall of T-shirts at World of Disney is huge. Photo by Gregg Jacobs.

At the big stores I mention above, there are probably 30 or 40 different shirts to choose from, and while there was duplication at the different places on property, there was still quite a variety.

The first group of T-shirts I noticed were those that used Disney characters and had funny (and sometimes more adult oriented) sayings. 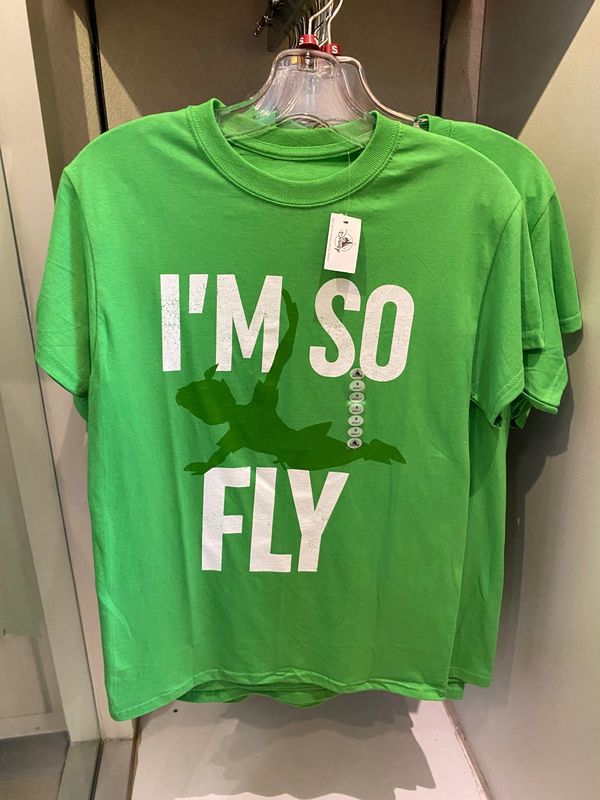 "Peter Pan" is quite fly. Photo by Gregg Jacobs.

Peter Pan and Pluto are being used in a funny way with sayings like "What up Dog" and "I'm so fly" (which, I suppose he is). 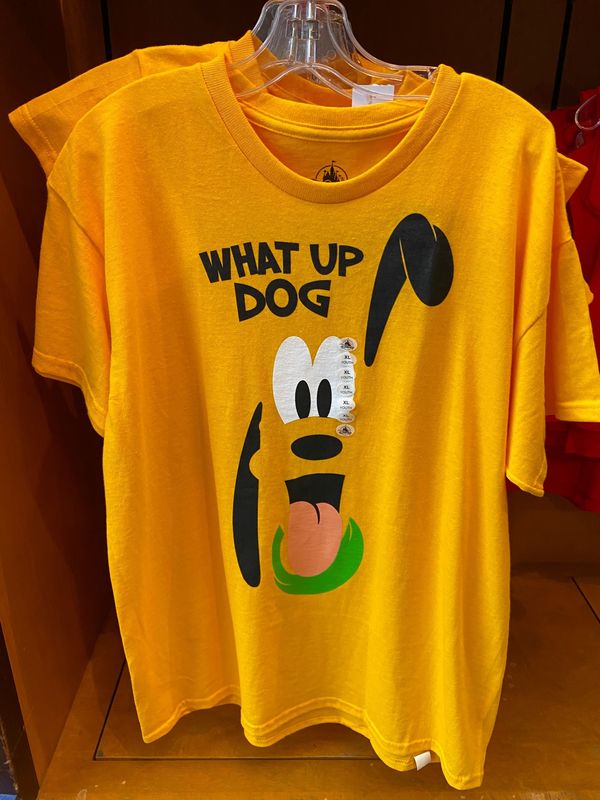 I love Pluto and this funny saying. Photo by Gregg Jacobs.

Funnier still is a T-shirt for someone who might want more than just a ride on Space Mountain. 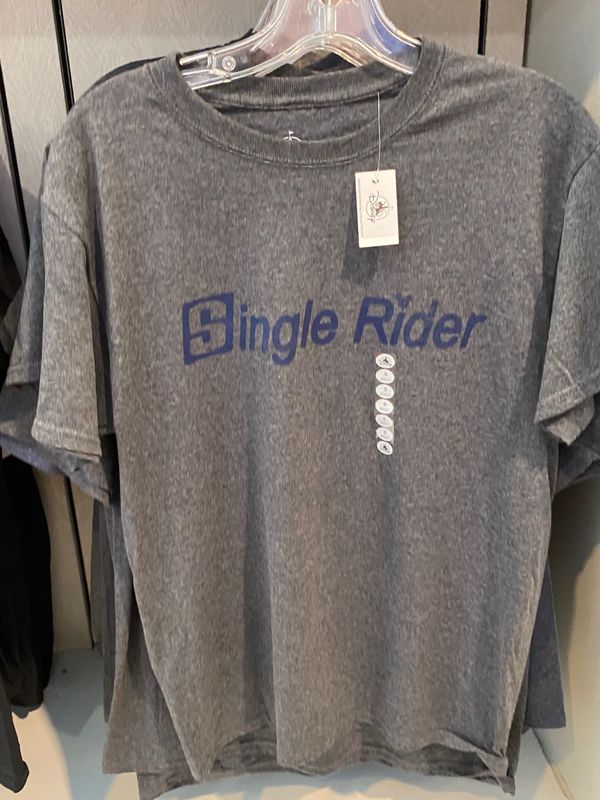 Anyone want to advertise that they're single? Photo by Gregg Jacobs.

Next up, while I love the Fab 5, Elsa and Anna and Ariel, it's nice to see lesser-known characters show up in unusual ways. 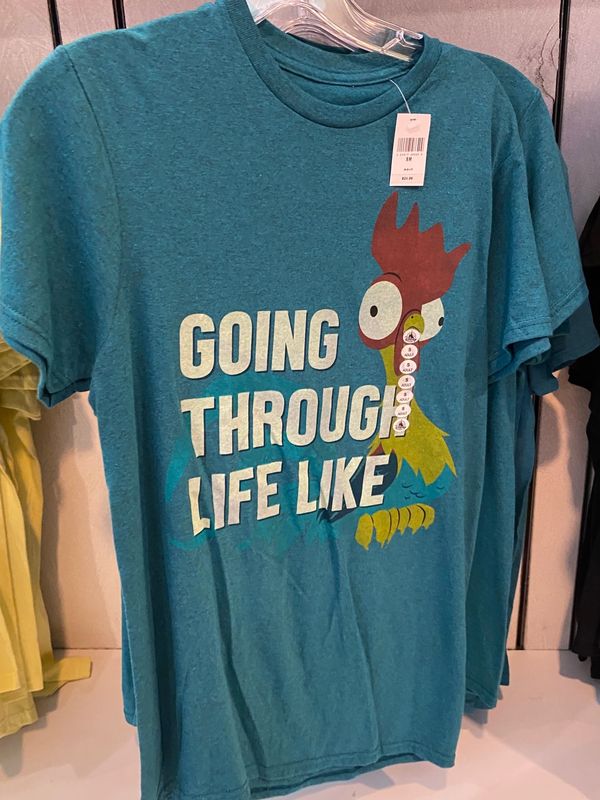 A funny Hei Hei shows up on this one. Photo by Gregg Jacobs.

Remember Hei Hei, the not terribly smart chicken companion of Moana? One shirt extols the virtue of living your life like Hei Hei without a care in the world.

The "minor" character theme also extends to them park mainstays like Orange Bird, who once again sits on his perch at the Sunshine Tree Terrace in Adventureland. 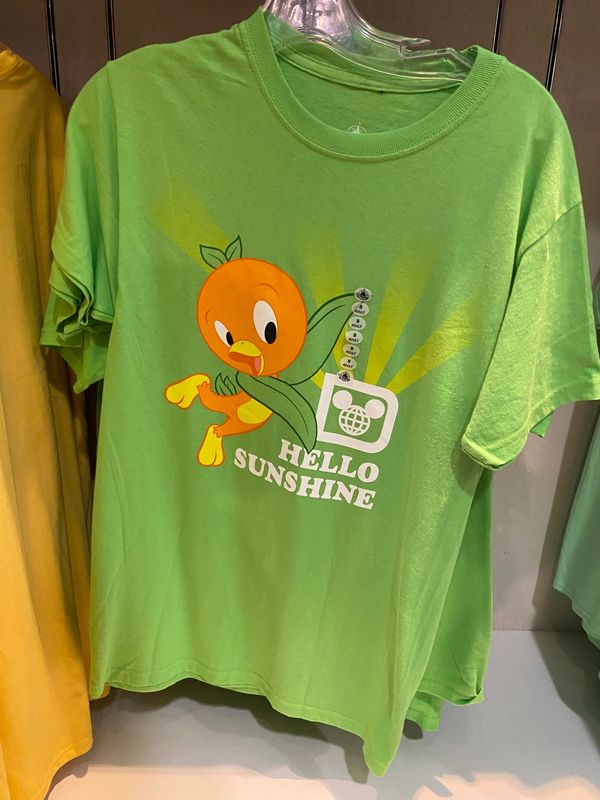 I love that theme park exclusive characters like Orange Bird are represented. Photo by Gregg Jacobs.

Orange Bird represented the Florida Orange Growers when the park first opened in 1971. He returned, I think about 10 years ago, to the park and has had growing popularity since. I'm glad to see him represented on park merchandise.

The fact that we like to see new characters doesn't mean we don't still love those that are older and more well known. That said, sometimes it's fun to see them in a slightly new way and maybe one that personalizes it a bit. 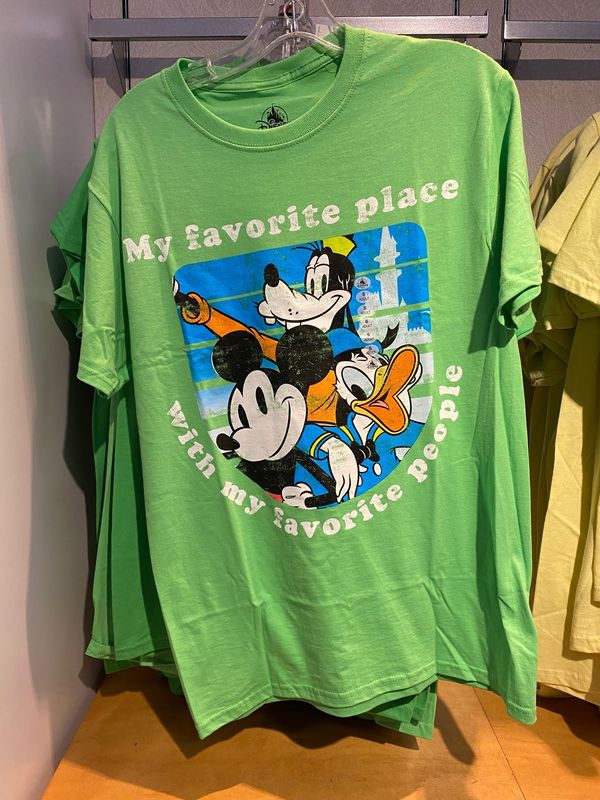 Classic Disney characters can be depicted in a new way. Photo by Gregg Jacobs.

I love the above shirt that features Mickey, Donald and Goofy. The artwork of them is a little different than we normally see and it has the saying "My Favorite Place with My Favorite People". Perfect for a family reunion.

Along similar lines, you can have a shirt that says "My Family is Incredible!" 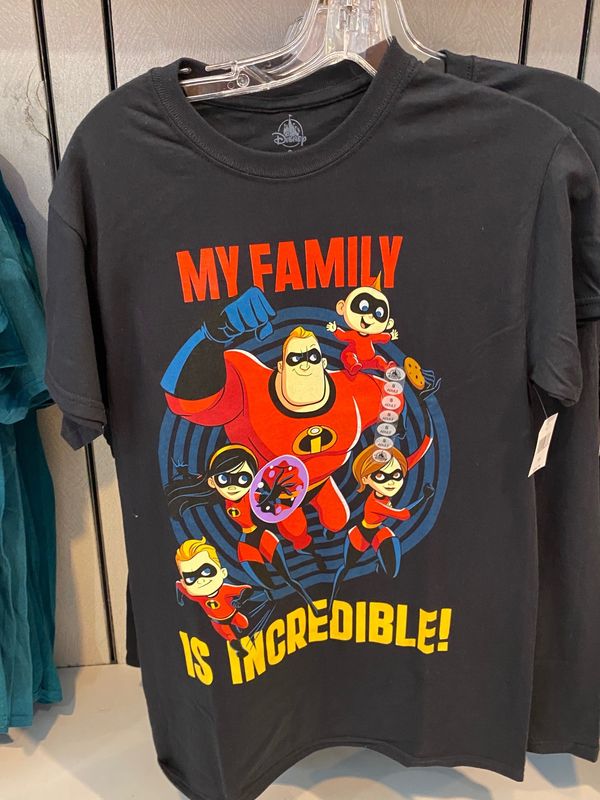 This shirt is incredible! PPhoto by Gregg Jacobs.

Again, great if you're traveling with family. Walking around the parks, you see that people have gotten more and more creative in making their own shirts for family reunions, vacations, etc. I was at Target, no less, recently, and they had shirts with mouse ears on the front that said things like "I'm the Grandpa" and "I'm the baby." It's good to see Disney getting in on the action.

Despite the fun sayings and pictures, I am happy to say that the classics still do endure. 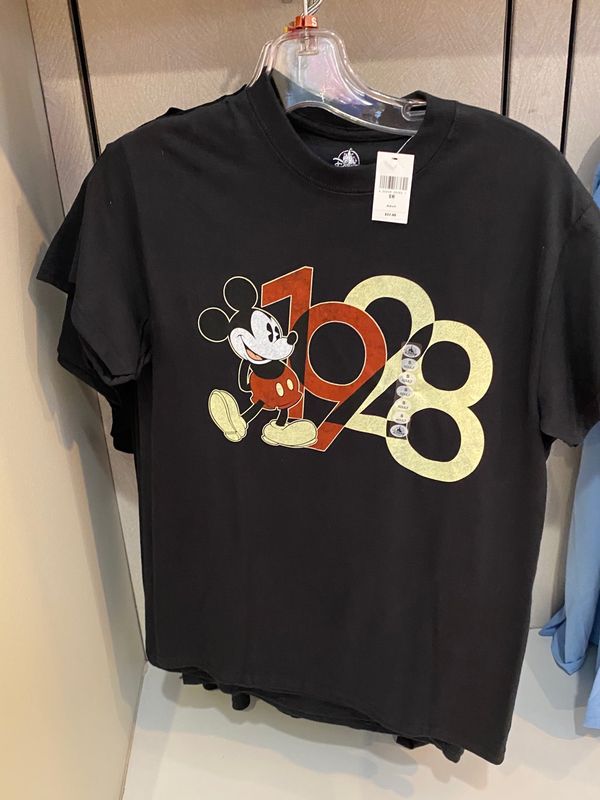 The classics still endure, and none is more classic than Mickey. Photo by Gregg Jacobs.

One of my favorites was the shirt with the classic standing Mickey Mouse and 1928, the year he was brought into the world.

Along those lines, you might ask what my big T-shirt purchase was this trip. After all my talking about minor characters and funny sayings, the shirt thought I bought simply said what I was feeling being there with my family. 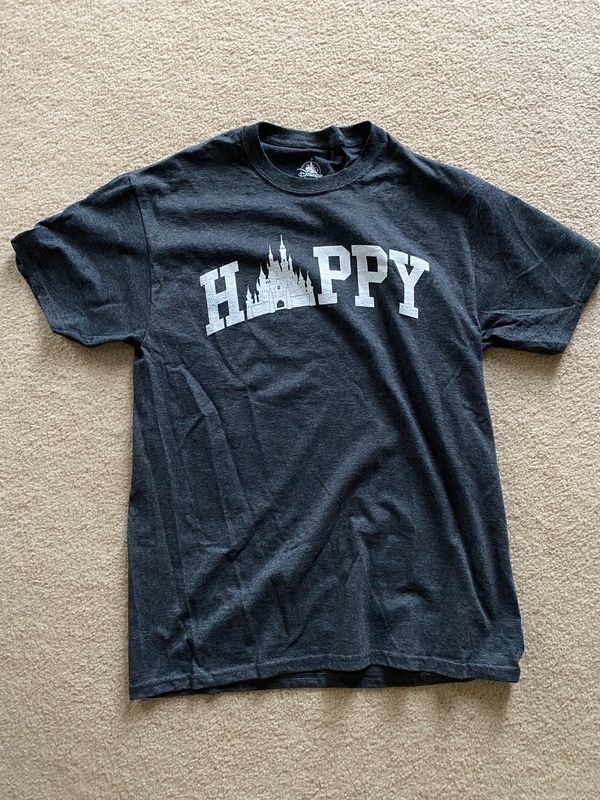 The shirts aren't always cheap; the ones shown above range from $19.99 to $29.99—but they represent one of the basic souvenirs you can get at Disney Parks that you can actually use and enjoy. I'm glad to see Disney artists continuing to think outside the box and making these more fun and for everyone.

Thanks as always for joining me. I hope everyone is having a great holiday season, especially during this once again difficult time.