MousePlanet staff photographer Frank Anzalone spent a few evenings photographing the Disneyland Resort's Summer Nightastic festivities and has selected some of his favorite shots of Fantasmic!, "Celebrate! A Street Party" and the now-departed Disney's Electrical Parade for you to use as desktop photos. We hope you'll find one you enjoy to decorate your computer. Desktops for the new World of Color show at Disney California Adventure were published two weeks ago.

[Click on any image to go to a separate page where you can save and set the photo as your desktop.] 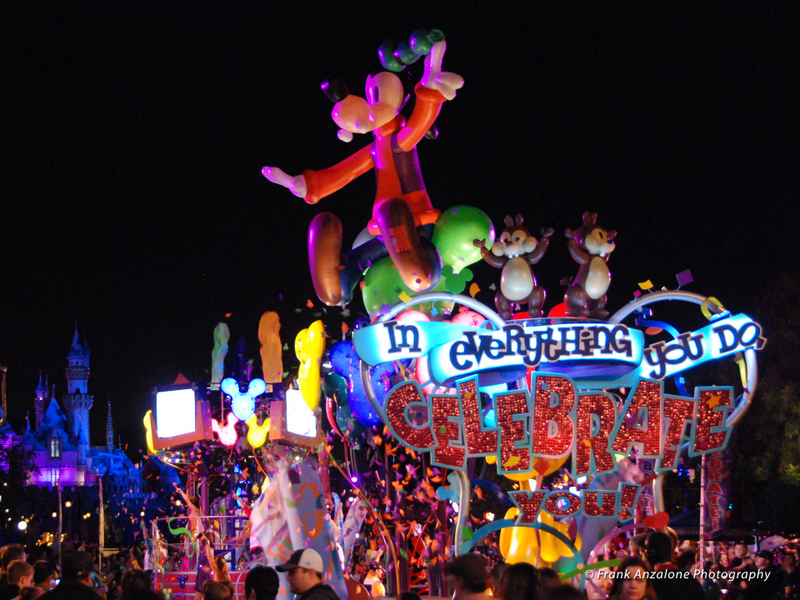 Goofy and Chip & Dale highlight this parade float from "Celebrate! A Street Party". 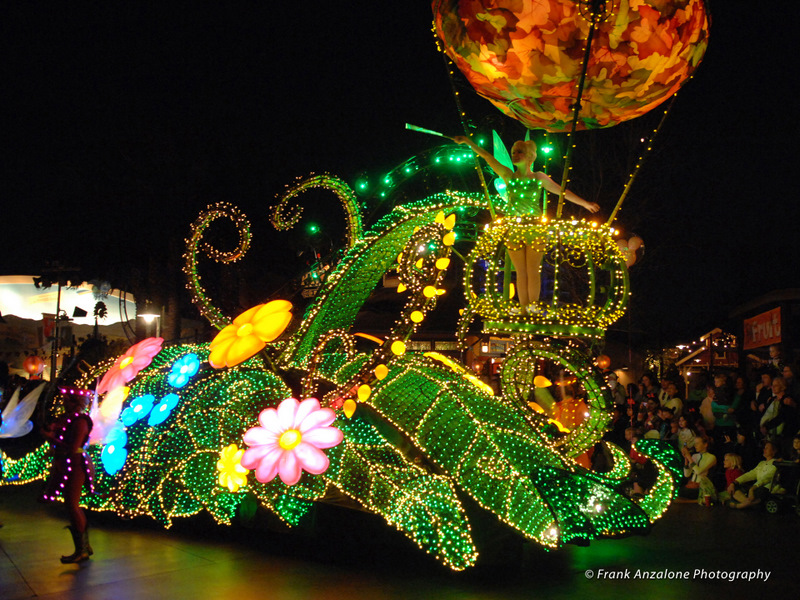 Tinkerbell on a Disney's Electrical Parade float right out of Pixie Hollow. 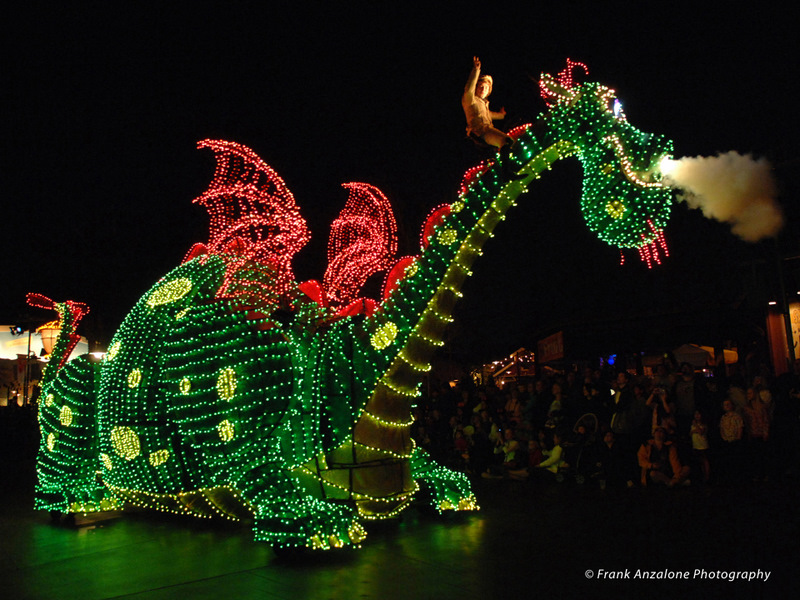 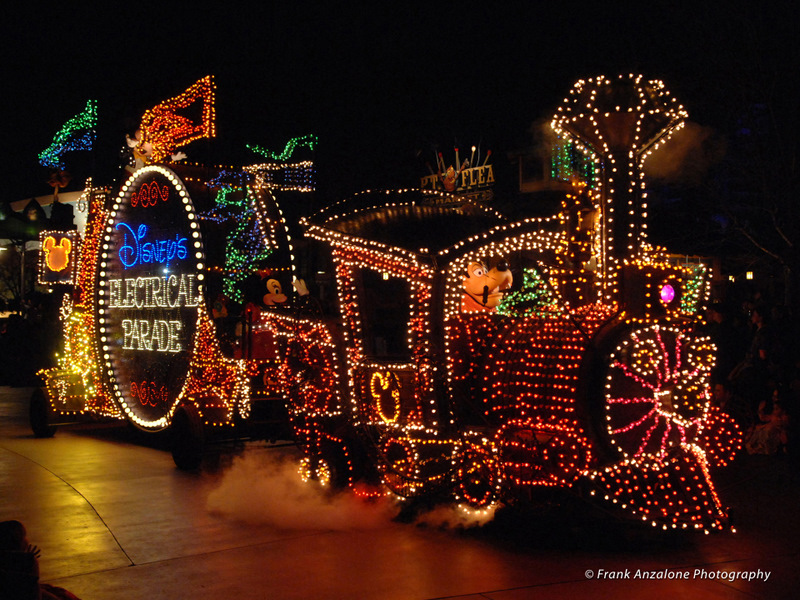 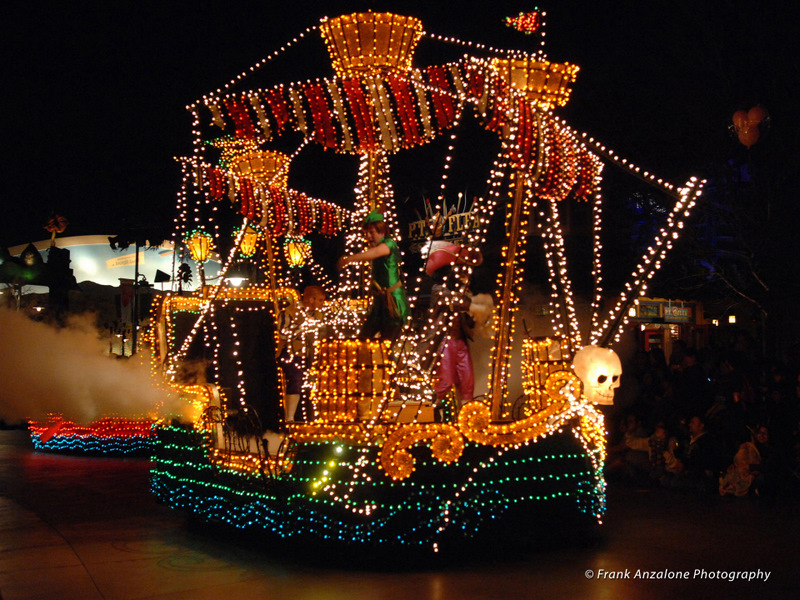 Captain Hook and Peter Pan are featured on the pirate ship float in Disney's Electrical Parade. 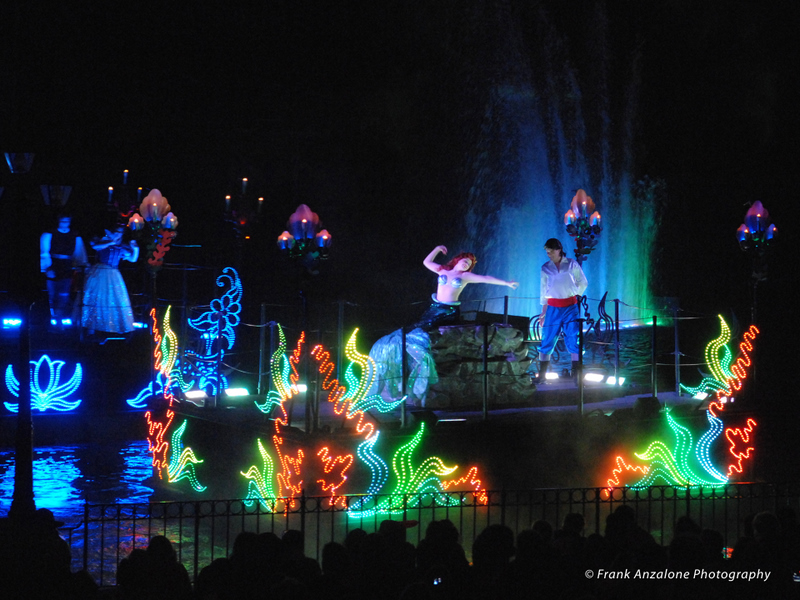 Ariel and Prince Eric in the "Princesses" segment of Fantasmic! 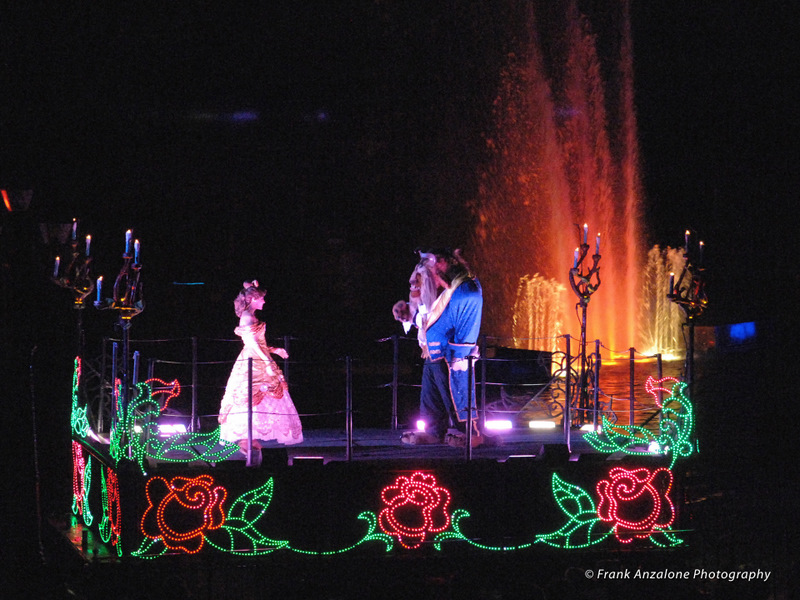 Belle and the Beast in Fantasmic! 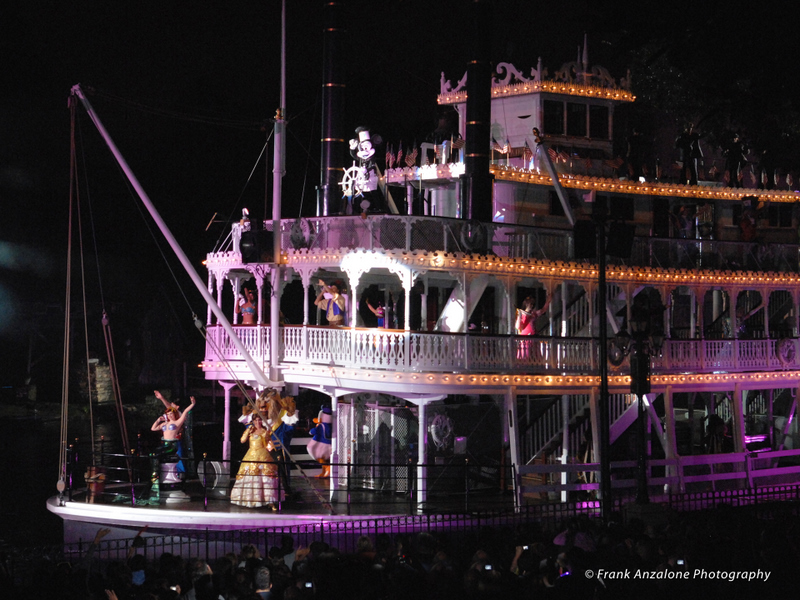 The Mark Twain segment of Fantasmic! features a ton of characters with "Steamboat Willie" Mickey at the helm. 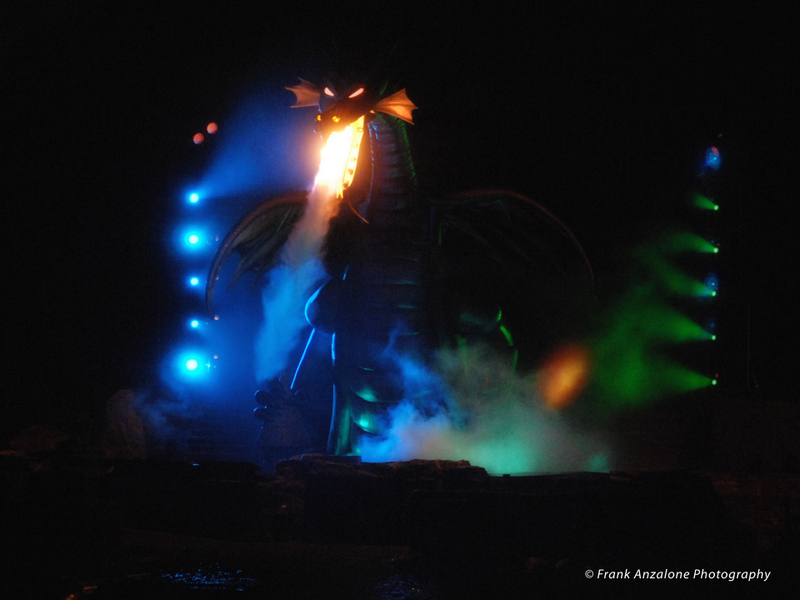 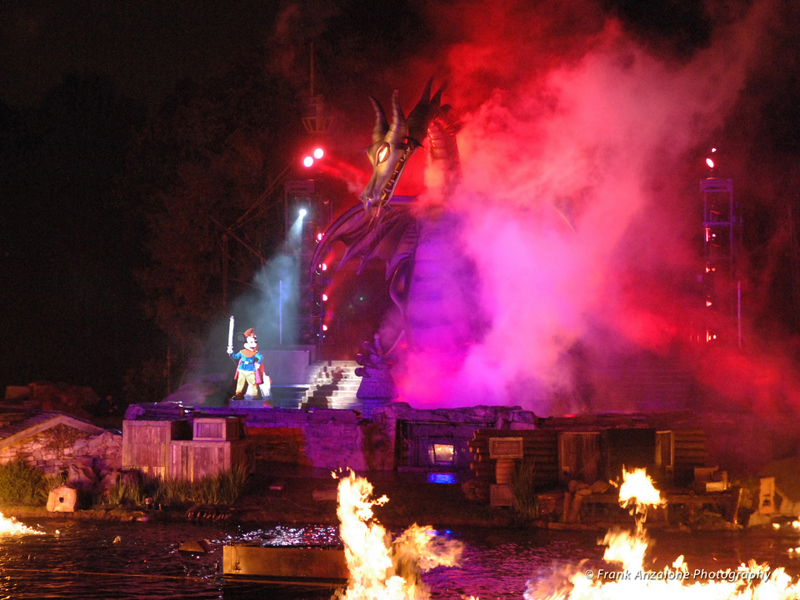 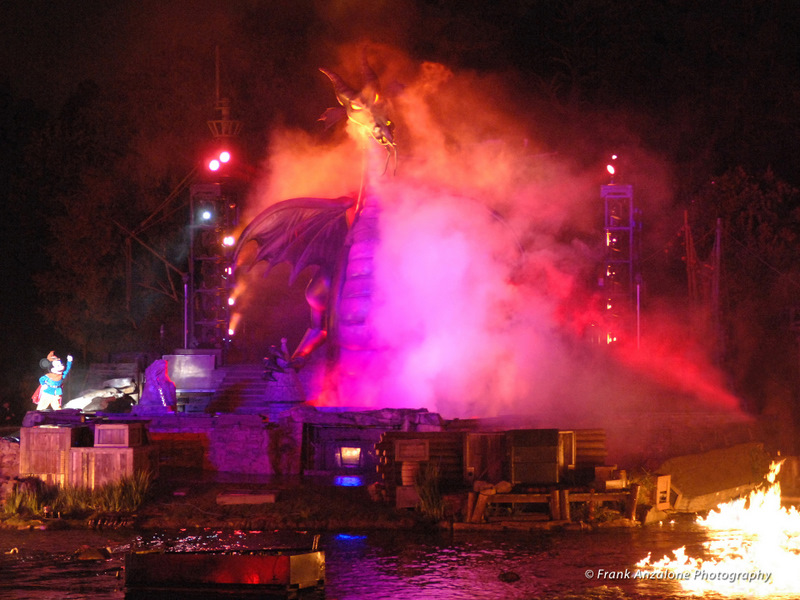 Mickey gives the dragon the what for in Fantasmic! 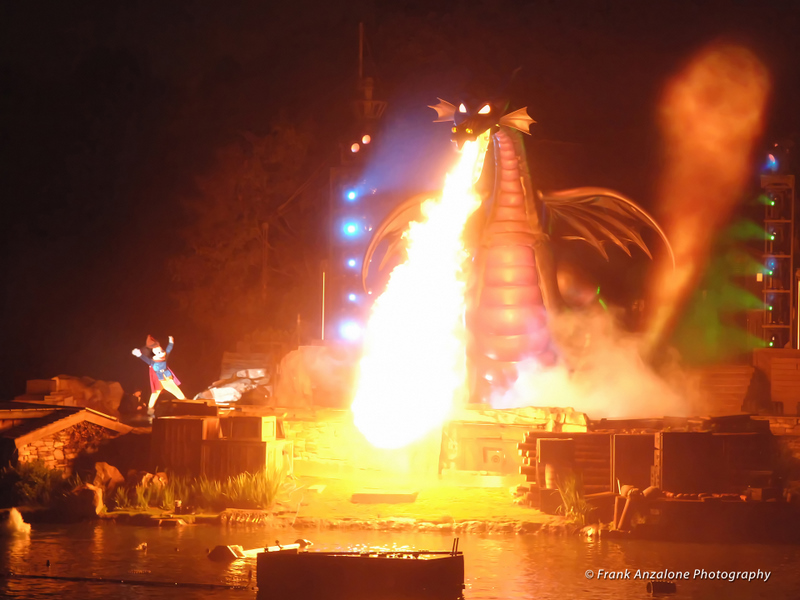 The Fantasmic! dragon breathes a huge jet of fire.